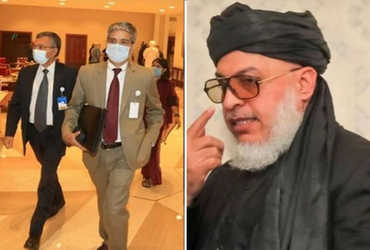 For the first time, a formal meeting between India and the Taliban has taken place in Qatar.

According to the Ministry of External Affairs, Indian Ambassador to Qatar Deepak Mittal met Taliban leader Sher Mohammad Abbas Stankzai. The visit happened on Tuesday night. The visit was requested only by the Taliban leader. Stankzai currently serves as the representative of the Taliban in Qatar.

A press release from the Ministry of External Affairs said the Taliban leader and the Indian ambassador discussed the safety of Indian nationals currently stranded in Afghanistan and their early return to India. India also talked about Afghan citizens and especially those Hindus and Sikhs who want to return to India.

Further, the Indian ambassador expressed concern that Afghan land could be used to spread terrorism against India, but the Taliban leader assured a positive stand on the issue.

Taliban leader Stanikzai had previously trained at the Indian Military Academy and was called Sheru by other cadets.