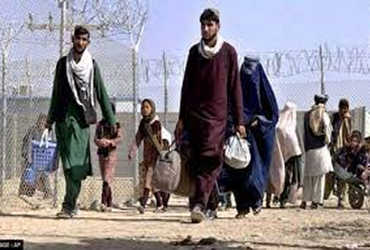 Migrants claim that the situation in the country is deteriorating

Most of the migrants are moving to Iran and Pakistan due to poverty, unemployment and lack of education.

Kabul: The country has completely changed since the Taliban took over Afghanistan. The Taliban have captured land as well as people’s lives. People have been deprived of their fundamental rights since the Taliban came to power. The economy of the country is continuously deteriorating.

The country is facing many difficulties due to coro epidemic, economic crisis, famine. Despite all these difficulties, the Taliban has always maintained its stand. More than a million people have fled Afghanistan in the past four months. This information was given by the local media quoting the New York Times.

Afghanistan is facing many difficulties. The country’s economy has collapsed. Immigrants are going to Iran and Pakistan. According to the chairman of a private transport company, 4,000 people travel from Afghanistan to Iran every day.

Fifty-two-year-old Mohammad Ayub and his five-member family are leaving for Iran. According to him, there is poverty, unemployment and no education opportunities for the youth in Afghanistan. I want my children to study in a good environment. He served in the Ministry of Higher Education for ten years. People in Afghanistan are facing many difficulties.