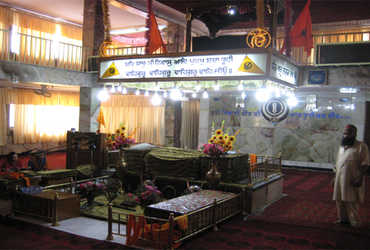 The situation in Afghanistan is getting worse. Violent incidents started happening as soon as the Taliban returned. The chaos took place at Kabul airport. People are ready to leave the country at any cost to save their lives. Meanwhile, Hindu and Sikh families living in Afghanistan are also worried about their safety. More than 300 Hindus and Sikhs have taken refuge in a gurdwara in Kabul.

Delhi Sikh Gurdwara Management Committee chairman Manjinder Singh Sirsa has claimed that some Hindus and Sikhs have taken refuge in Parwan instead of Kabul Gurdwara. He said he is in constant touch with the chairman of the Kabul Gurdwara Committee on the security of minority communities in Afghanistan, including Sikhs and Hindus.

Manjinder Singh Sirsa said, “I am in constant touch with the chairman and associates of Kabul Gurdwara Committee.” He told me that there are more than 320 people in Parwan Gurdwara. There are about 50 Hindus and more than 270 Sikhs here.

He also said that Taliban leaders had met him and assured him of security. Sirsa expressed hope that Hindus and Sikhs would start coming safely from Afghanistan despite the change.

Helpline numbers issued by the Ministry of External Affairs

In view of the deteriorating situation in Afghanistan, the Indian Ministry of External Affairs has issued a helpline number to evacuate Indians from there. Foreign Ministry Spokesperson Arindam Bagchi said that Afghanistan Cell has been formed to rescue people trapped in Afghanistan. Anyone in need of help can call or email. Earlier, Arindam Bagchi had said that India is already in touch with representatives of the Afghan Sikh and Hindu communities.