More than 300 terrorists killed in 24 hours, time for terrorists to become army in Afghanistan 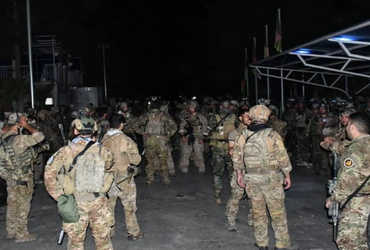 The Afghan army is constantly fighting to stop the growing dominance of the Taliban in Afghanistan. His pursuit has been a great success for the Afghan army. Within 24 hours, the army killed 300 Taliban fighters. The Ministry of Defense of Afghanistan gave this information on Thursday. The tweet said that 303 Taliban militants have been killed and 125 injured in Afghan military operations in the last 24 hours.

The Afghan army carried out operations in the surrounding areas including Nangarhar, Lagman, Ghazni, Paktika and Kandahar. Weapons of a large scale have also been recovered during this period.

Operation continues on base