Money for arms and operations: who funds the Taliban? 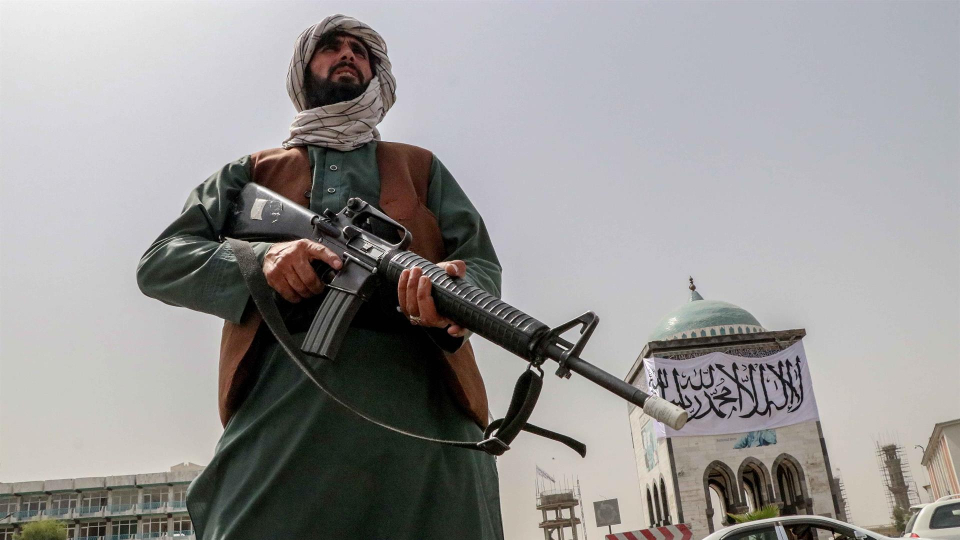 The Taliban took control of Kabul and returned to power in Afghanistan. The fundamentalist Islamic group was ousted from power in 2001 but has since maintained operations and quickly conquered territory in recent months as part of the withdrawal of US troops from Afghanistan. The return of the Taliban was possible because the movement has access to millions of dollars; the group is mainly financed by illegal activities, but also by donations.

Experts say it is difficult to estimate exactly how much the group receives from its activities, but different reports arrive at orders of similar amounts on the financial situation of the Taliban.

A 2020 North Atlantic Treaty Organization (NATO) classified document, obtained by Radio Free Europe / Radio Liberty, shows that the group, at that time, was on the verge of achieving financial and military independence .

In the fiscal year ending March 2020, the Taliban earned $ 1.6 billion, according to the NATO document. By comparison, the Afghan government raised $ 5.5 billion over the same period.

According to a June 2021 United Nations (UN) report, based on intelligence information from member countries, most of the Taliban’s money comes from illegal activities such as drug trafficking, opium production, extortion and kidnappings.

The Taliban would have collected 460 million dollars from drug trafficking alone, according to one of the intelligence agencies. The money that funds the activities of the extremist group is also believed to come from the illegal exploitation of natural resources in areas under its control in Afghanistan, including up to $ 464 million in mining, according to the report. UN.

In addition to illicit funding sources, the Taliban also receives donations from a “network of non-governmental charitable foundations”, as the UN describes it, and wealthy supporters. Many of those donations come from entities in Persian Gulf countries that support the movement’s religious insurgency – and that are on the U.S. government’s list of groups that fund terrorism. These donations reach up to $ 200 million per year, according to the Center for Afghanistan Studies.

Economic policy analyst Hanif Sufizada, who studies Taliban finances as a researcher at the Center for the Study of Afghanistan (US), detailed the activist group’s source of funding in an article for The Conversation website. in December 2020.

According to the analyst, drug trafficking is the main source of income for the Taliban. Afghanistan is the world’s largest producer of opium, and much of the profits from drug production and trafficking fall into the hands of the Taliban, as the group imposes a 10% tax every step of the way. production of drugs, including on farmers who produce the poppy, which is used to make opium.

Next, the extraction of iron ore, marble, copper, gold, zinc, other metals and rare earths in Afghanistan is a lucrative source for the Taliban. Miners, large and small, across the country must pay activists to continue their operations.

In areas under their control, the Taliban also levy taxes on people and industries, which is in effect a form of extortion on activities such as mining, telecommunications, commerce, agriculture and road use by drivers, Sufizada reports. The expert also reports that the Taliban are financed by the import and export of consumer goods – which contribute to money laundering; for income from real estate in Afghanistan and Pakistan; and with donations from some governments.

The Taliban are believed to receive funds from Gulf countries as well as the governments of Russia, Iran, Pakistan and Saudi Arabia.

Bernardo Mota, President of the Institute for the Prevention of Money Laundering and the Financing of Terrorism (IPLD), recalls that there are UN Security Council resolutions to prevent the Taliban from having access to everything type of funding.

“With this logic, if you have control, by monitoring the access of these criminals or terrorists to financial operations, you will succeed in preventing crime,” Mota told Gazeta do Povo, of financial transactions in banks or other institutions by criminal groups in general.

Terrorist groups often use the financial system like any other citizen or organization, and monitoring these activities can be used to prevent access to these resources in a preventive manner, the expert explains. “If the bank controls access to payment, these people are known to be using the financial system, and you will likely take action with the authorities to block that money.”

the Taliban in power

While the Taliban had the military and financial capacity to seize Afghanistan territory by territory, polls indicate that the group does not have sufficient resources to rule the country on its own.

The Afghan government spent around $ 11 billion in 2018, according to the latest World Bank data. Of this total, about 80% came from international aid.

Some analysts argue that using foreign aid to rule Afghanistan could be a negotiating advantage for the United States, which may have a bargaining chip to ensure some stability. Zalmay Khalilzad, U.S. Special Representative for Reconciliation with Afghanistan, told the Aspen Security Forum earlier this month that the U.S. government still has some advantage because the Taliban understand that the international aid will be essential to their regime.

Bernardo Mota, of the IPLD, thinks that Western countries are unlikely to use this possible advantage at this time. “I understand that at this first moment, the position of the United States and Europe will be that of isolation,” he assesses.

“The clear position of the United States, United Kingdom and France is to mobilize the Security Council to create political, diplomatic and financial embargoes for illegitimate governments that seize power by violence, in an undemocratic manner. don’t see the United States and Western Europe encouraging whatever kind of funding the government puts in place. “

On the other hand, Mota points out that China and Russia, who are also permanent members of the Security Council, have a different point of view. “These countries have borders nearby and are in their zone of control,” he recalls. “Then they could try to look for a more ‘friendly’, or diplomatic, way of trying to hint at possible dialogue.”

“In this sense, I can imagine, in terms of funding, the Russians and the Chinese trying to impose lighter rules so that the government, even if it had an illegitimate origin, to work in a non-radical way, like this is already the case. finished, ”says Mota.

Other analysts are also skeptical of the possibility, as they do not bet that the extremist group will negotiate for help to govern. “The Taliban don’t care about international aid, about international legitimacy. Their main objective is to govern, ”Bill Roggio of the Foundation for the Defense of Democracies told Voice of America.

The International Monetary Fund (FM) blocked, Wednesday (18), the access of the Taliban to approximately 400 million dollars of the emergency reserves of the organization.

“There is a lack of clarity within the international community regarding the recognition of a government in Afghanistan. As a result, the country is not eligible for DES (Special Drawing Rights) or other IMF resources, ”the fund said in a statement.

In early August, the IMF approved a new allocation of SDRs (the IMF’s national currency) equivalent to $ 650 billion in aid to countries to deal with the crisis caused by the pandemic. About US $ 275 billion of this allocation will go to developing and low-income countries, such as Afghanistan, one of the poorest countries in the world.

The IMF was supposed to give Afghanistan access to this money from next week, but blocked the allocation after pressure from the international community, especially the United States, after the Taliban took control.