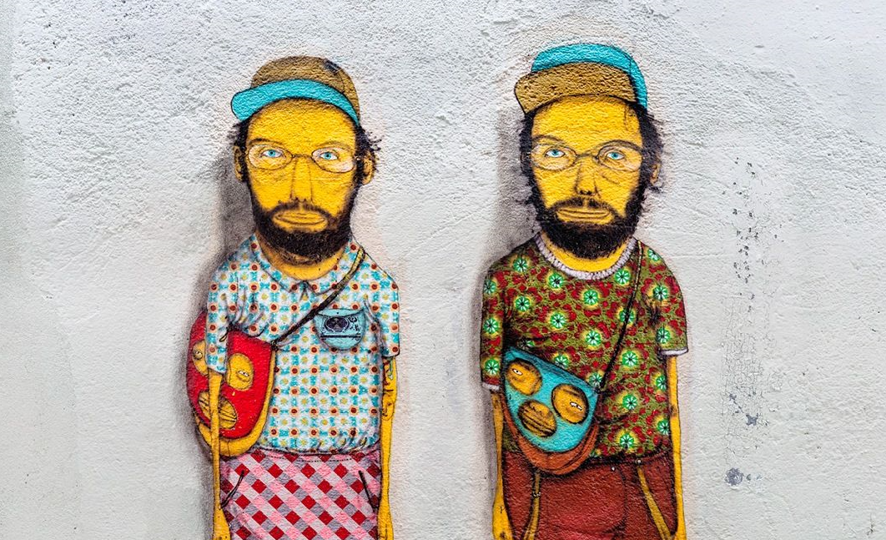 The Oscar Niemeyer Museum (MON) has started selling tickets for the OSGEMEOS: Secrets exhibition, which tells the story of brothers and artists Gustavo and Otávio Pandolfo. The exhibition will be open to the public on September 18, starting at 10 a.m.

Brothers made a temporary intervention on the facade of MON to call for the exhibition. Play Instagram OSGEMEOS

The visit of the exhibition will be by appointment, and the visitor can choose the time of entry via the website, between 10 a.m. and 5 p.m., from Tuesday to Sunday. Tickets will only be sold through the website and it is not possible to purchase tickets at the physical museum box office. The ticket costs R $ 20 (full) and R $ 10 (half), and entitles visitors to other MON exhibitions. On Wednesdays, entry to the MON is free, and access to the OSGEMEOS: Secrets exhibition that day must also be done by booking the ticket online.

The exhibition is on display at the Pinacoteca de São Paulo until August 9. According to the Pinacoteca, there were over 179,000 visitors during the exhibition period, which began in October. Including the online actions, the show reached more than 511,000 people in the city. The exhibition at the Pinacothèque brought together more than 1,000 pieces, around fifty unpublished or never exhibited in the country. Among them are paintings, immersive and sound installations, sculptures, in situ interventions, drawings and notebooks from the adolescence of the brothers.

Starting with graffiti, over the years the brothers developed a work that has become known around the world for its ability to connect with audiences. His murals, now distributed in public spaces in more than 60 countries, combine various techniques of painting, drawing and sculpture to tell stories, convey messages and provoke reflection. The duo have also participated in shows at major international institutions, such as the Hamburger Bahnhof, in Berlin, in 2019, or the Tate Modern, in London, United Kingdom (2008).