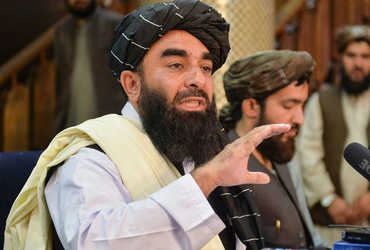 Although Pakistan denies that it is promoting terrorism from there, its policy of harboring terrorists has now become public. The whole world knows that Pakistan’s land is safe for terrorists. Taliban spokesman Zabihullah Mujahid said the Taliban consider Pakistan their second home and will not allow any activity on Afghan soil that is against Pakistan’s interests. Earlier, Taliban spokesman Zabihullah Mujahid had said that India is an important country and wants to build good relations. According to Zabihullah Mujahid, they have regained control over all areas by restoring peace and normalcy.

The situation in Kabul and other cities is deteriorating day by day after the Taliban captured Afghanistan. In an interview given to a TV channel, he spoke openly about the security and rights of women from the formation of the government in Kabul. Taliban spokesman Mujahid said they wanted good relations with all countries. In which India is also included. We want India to shape its policy according to the views of the Afghan people. We will not allow our land to be used against any country. India and Pakistan should resolve their bilateral issues.

At the same time, the Mujahideen said that there is no evidence that Osama bin Laden was involved in the 9/11 attacks. Even after 20 years of war, no evidence has been found yet. After the withdrawal of the Taliban, the threat of the re-emergence of the terrorist organization Al Qaeda is looming. According to a report, Al Qaeda (AQIS) has congratulated the Taliban through a statement. Al Qaeda in a statement called the US the aggressor and the Afghan government an ally.