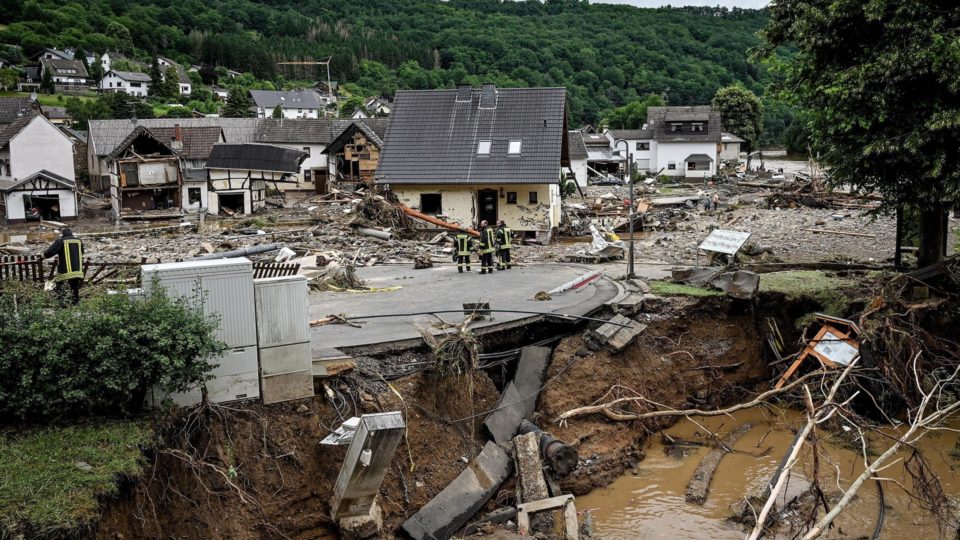 German Chancellor Angela Merkel on Sunday (18) promised emergency aid to people affected by flooding in the west of the country, which have already killed at least 156 people and whose effects she described as “surreal”. “We get a real picture of what happened in the middle of a surreal and frightening panorama. It’s not just what happened here, but all the extreme phenomena that we are seeing,” Merkel said. , referring to the climate crisis after several visits. flooding in the Land of Rhineland-Palatinate.

“We must think about how we must act to move as quickly as possible towards climate neutrality”, insisted the Chancellor. To journalists, Merkel said she was “absolutely shocked” after visiting the village of Schuld, among others, accompanied by the head of government of this “Land”, the social democrat Malu Dreyer.

The city, with a population of around 700, was almost completely destroyed by the force of the floods and became a symbol of the disaster that swept through large areas of Germany and neighboring Belgium. The Chancellor stressed that her government will take care of emergency aid at the next Council of Ministers, which she says will reach those affected directly, without bureaucracy.

Merkel did not detail the extent of the aid, but her Finance Minister, Olaf Scholz, spoke to the press about the figure of 300 million euros, just in direct emergency aid to the affected population. “We are facing a catastrophe of hitherto unknown dimensions,” said Dreyer, while Merkel insisted that the panorama left by the force of the waters “escapes verbal description”.

Over 92,000 scientists and doctors have emigrated from Venezuela, opposition says