Masood Azhar, the most wanted terrorist in Pakistan: Imran’s troubles may increase 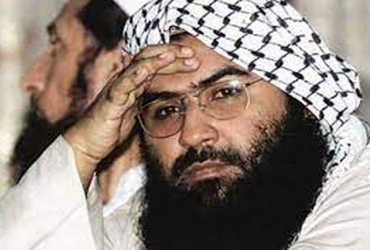 Instead of taking action against terrorists, Pakistan is giving them shelter.

Islamabad: Pakistan has once again proved to be a supporter of terrorists. This could be a major blow to Pakistan’s efforts to get out of the FATF gray list. Masood Azhar, the infamous leader of terrorist organization Jaish-e-Mohammed, is hiding in Pakistan.

Masood Azhar is hiding in the Bahawalpur area of ​​Pakistan and is being defended by none other than the Pakistani Army. This revelation has created a new dilemma for Prime Minister Imran Khan.

It is clear from this that instead of taking action against it, Pakistan is supporting terrorism. He has kept international terrorist Masood Azhar hidden there.

The move to blacklist Pakistan has caused a loss of $38.38 billion to Pakistan. The Global Financial Watchdog on Terrorism put Pakistan on the gray list in 2008.

Islamabad-based think tank has claimed in its research paper that Pakistan has paid the price of global politics. Being in the gray list from 2008 to 2019 has cost Pakistan’s GDP $ 38.38 billion.

One hideout of wanted terrorist Masood Azhar is near Usman-o-Ali Masjid in Bahawalpur and another hideout is associated with Jamia Masjid Subhan Allah. Armed security personnel are deployed for the security of the terrorist’s house. Barricading has also been done around his house. Thus, India’s biggest enemy is the government of Pakistan, which has its own system.

Such an important revelation will go a long way in helping India’s fight against terrorism. The Government of India will now take up this matter at the global level. BJP MP Rakesh Sinha said that this revelation has exposed Pakistan. He has now demanded that the issue be taken up in the United Nations.