Maradona raped me when I was 16: Alvarez 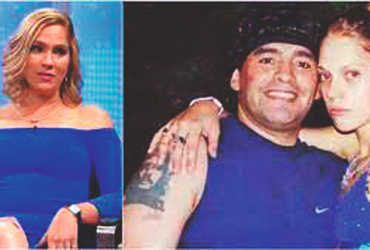 Maradona abused during treatment in Cuba for drug abuse: Alvarezzo

New Delhi: A 37-year-old woman has accused the late famous footballer Diego Maradona of rape. Maradona died last year at the age of 60. The woman claims that Maradona raped her twenty years ago when she was a minor. The woman’s name is Mavis Alvarez and she is a native of Cuba. He currently resides in Miami, USA. He told the media on Monday that Maradona has been accused of rape, violence, abuse and rape. Alvarez says that she met Maradona when she was 12 years old. Maradona was then 40 years old and living in Cuba.

Maradona was undergoing treatment for drug addiction in Cuba. The woman alleges that during this time Maradona raped her. It made me lose my virginity and my childhood.

Alvarez said that his relationship with Maradona lasted four to five years, but in the meantime Maradona had treated him badly. “I loved it, but also hated it,” Alvarez said. At one point I even thought of committing suicide. Alvarez has accused Maradona of multiple charges, including imprisonment and drug possession.