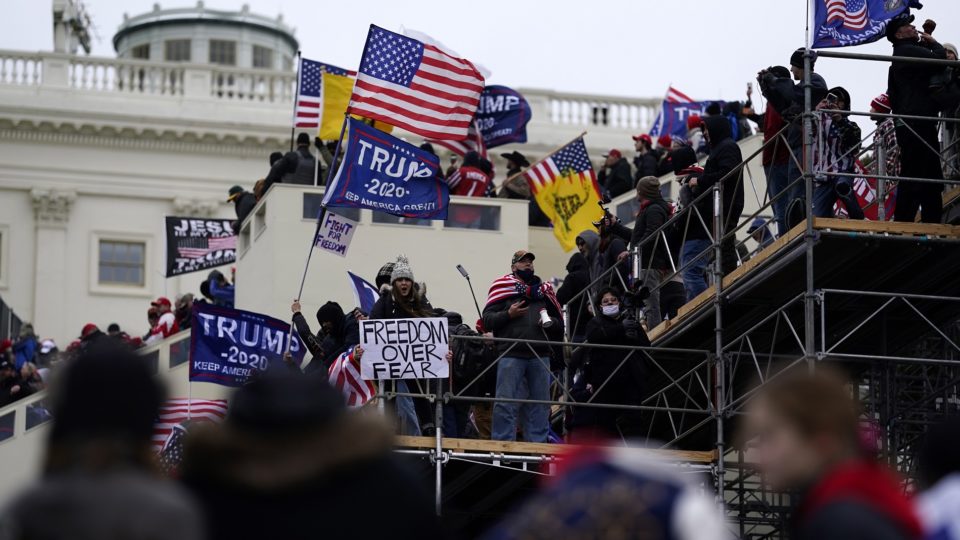 So far three people have been sentenced for the January 6 riots | Photo: EFE / EPA / WILL OLIVER

A man who assaulted a policeman during the invasion of the United States Congress on January 6 was sentenced Wednesday to three years and five months in prison, the highest sentence ever imposed on one of the defendants in the case.

Scott Fairlamb of New Jersey is the first person convicted of assaulting a police officer in the attack on the Capitol by supporters of former US President Donald Trump. District of Columbia federal court judge Royce Lamberth called the actions of the defendant, a gym owner and MMA veteran, “an affront to society and the law.”

Fairlamb is seen in several videos shot on January 6 shouting pro-invasion slogans, scaling the gates that were being erected at the time of Democrat Joe Biden’s presidential inauguration and punching a police officer.

The defendant is also shown entering and exiting the Capitol building, according to court records and video recordings shown in court.

In August, Fairlamb pleaded guilty to attacking a police officer and obstructing an official process, referring to the session of Congress held on January 6 to ratify Democrat Joe Biden’s victory over Trump in the presidential election of November 2020 and which was interrupted for a few hours. .

The accused asked for clemency on Wednesday and said, sobbing in court, that he “really” regretted his actions that day and that he was sorry.

The veteran’s sentence could set a precedent in the cases of other defendants charged during the invasion of Capitol Hill who committed acts of violence. Of the 126 tried to date, only 16 have admitted to having committed crimes.

So far three people have been convicted, Fairlamb himself and two others who have been sentenced to eight and fourteen months’ imprisonment but who have not been charged with assaulting police officers.