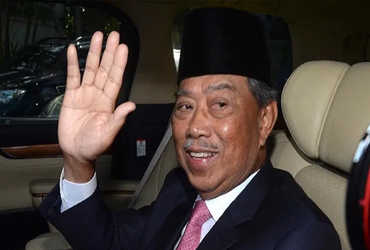 Malaysian Prime Minister Mohiuddin Yassin resigned on Monday, less than 18 months after taking office. He has become the shortest serving leader in the country. He became the Prime Minister in March 2020.

He had previously admitted that he did not have the support of the majority needed to rule. Science Minister Khairi Jamaluddin wrote on Instagram, the cabinet has submitted its resignation to the king. Earlier on Monday, Yasin had reached the palace to meet the King of Malaysia. After which he resigned. Deputy Sports Minister Wan Ahmed Faisal Wan Ahmed Kamal wrote a post on Facebook thanking Muhiuddin for his leadership and service.

The country, already battling the global pandemic Corona virus, is now facing a political crisis. The race for the top post has begun among the leaders and Deputy Prime Minister Ismail Sabri is getting support.

Malaysia is one of the countries with the highest infection rate

Muhiuddin’s resignation comes at a time when there is growing public outrage over the pandemic. Malaysia is one of the countries with the highest infection rates in the world, with more than 20,000 new cases of transit being transmitted daily this month. This is also at a time when the country has been in a state of crisis for seven months and has been under lockdown since June to prevent infection.

The government was running on a very small majority

According to local media announcements, the national police chief, the chairman of the election commission and the attorney general were summoned to the palace. After which Muhiuddin reached there. Muhyiddin’s government ran with a small majority and eventually fell after more than 12 MPs withdrew support from the single largest coalition party. Two ministers from the United Malay National Organization also resigned.

Anwar Ibrahim is the prime ministerial candidate of the opposition coalition

According to the Malaysian constitution, the prime minister who has lost majority support has resigned and the king of Malaysia can appoint a new leader. The largest opposition coalition has named its leader Anwar Ibrahim as its prime ministerial candidate, but the three-party coalition has only 90 MPs compared to 111 MPs needed to form a government. Muhiuddin was supposed to have the support of 100 MPs.