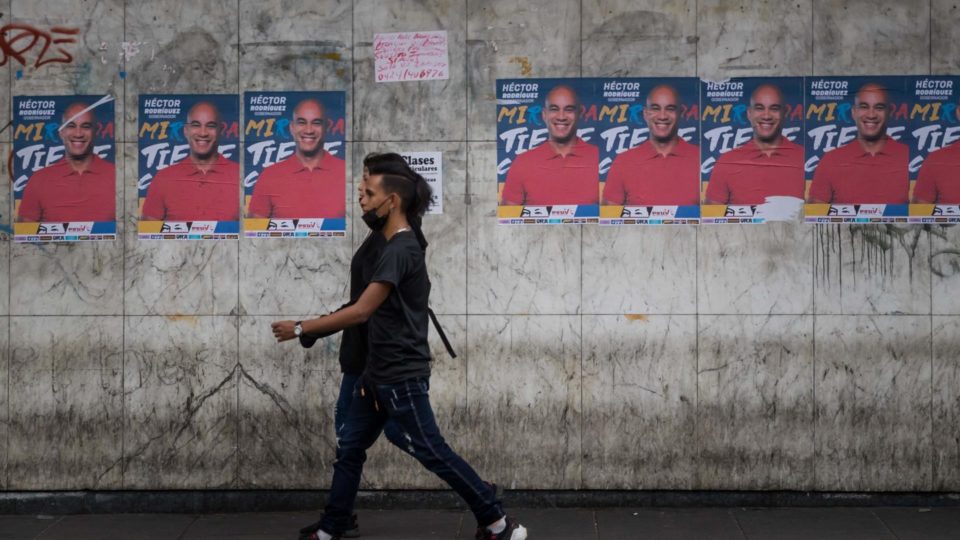 Propaganda of the candidate supported by the dictator Nicolás Maduro, in Caracas | Photo: EFE / Miguel Gutiérrez

Venezuela’s dictator, Nicolás Maduro, demanded this Saturday (20) that all politicians and candidates in Sunday’s local and regional elections (21) respect the results of the polls.

“I ask with loyalty to all political leaders, party leaders and all candidates to respect the electoral results emanating from the sovereignty of the people and officially and legally issued by the National Electoral Council (CNE)”, he said declared in a meeting with special guests. for the elections.

Maduro also urged Venezuelans to recognize the results of what he called “the best electoral system in the world” and assured that he would go to the elections “with an oath of respect and loyalty” to the people, the Constitution and the CNE.

“I am asking for this meeting to all candidates: get ready to vote sooner,” he told the audience, which included, among others, the Spanish politician Juan Carlos Monedero and the former Colombian Senator Piedad Córdoba, who applauded the speech.

During the speech, Maduro denounced that in 2019 “it was planned to have a duality of power” in Venezuela, referring to the self-proclamation of the then Speaker of Parliament, Juan Guaidó, as interim president, a decision that had the support of several countries.

“In the days of (former US President Donald) Trump, a presidential power duality was very strongly feigned, but over the days, it all happened where it needed to be – the truth is. In Venezuela there is only one constitutional president, ”he said.

In the Minister’s opinion, “a parliamentary duality” was also simulated after the legislative elections of 2020 which led to the election of a new National Assembly (NA).

Guaidó and a small number of former deputies rejected these elections and maintain the meetings of a delegated committee, a figure used during very occasional and short periods of the NA, as an extension of the previous legislature.

Maduro did not mention that during the tenure of the previous NA, which had a large opposition majority, he called for a Constituent National Assembly composed only of Chavistas, which operated in parallel with the Parliament and which, in fact, , seized a large part of the legislative functions.

Taking this into account, he clarified that the NA elected in 2020, and that it began to work on January 5, 2021, “has its constitutional role” and, therefore, “has entered to designate the public authorities”, like the CNE.

For this reason, he felt that those who registered for local and regional elections, as well as voters, recognized the new parliament.

“Anyone who votes as a candidate (or) as a voter tomorrow, Sunday, with your participation, supports the CNE elected by the current NA and chaired by Dr Jorge Rodríguez”, he concluded.