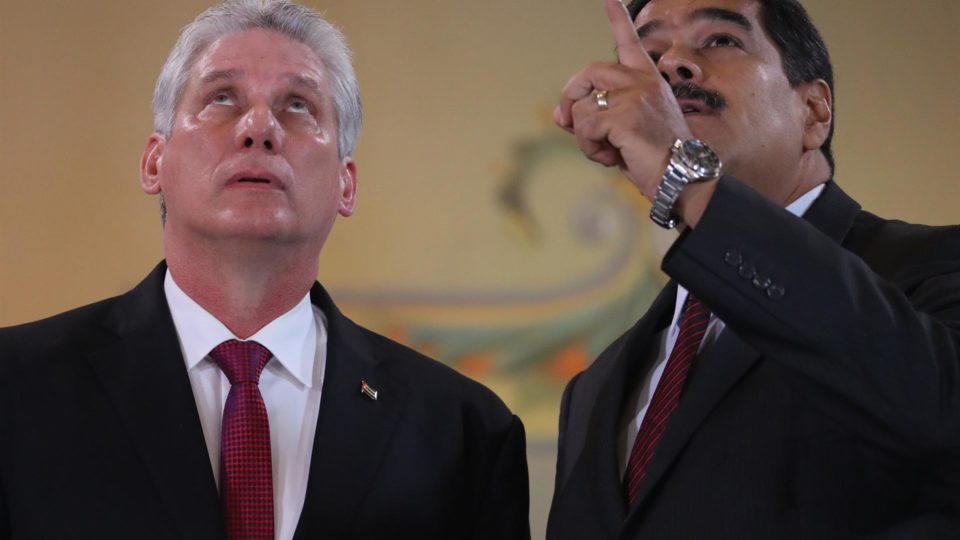 Venezuelan dictator Nicolás Maduro said earlier this week that he was ready to negotiate with representatives of opponent Juan Guaidó, in a new effort of dialogue between the parties coordinated by Norway. According to reports circulating in the press, Mexico will host the new round of talks, which are expected to begin next month.

However, Maduro’s apparent goodwill ends there. He imposed four conditions to get to the negotiating table: an end to US and European sanctions against Venezuela; recognition by the opposition of all political institutions run by the regime; the end of “violence as a mechanism of coercion used by certain right-wing and far-right elements”; and that all political sectors are included in the dialogue. The latter condition would open the door to the participation of the soft opposition, the same that agreed to participate in the legislative elections last year.

In addition to the demands, the dictatorship has increased the persecution of the opposition. On Monday, the regime’s political police – the Faes (Special Action Forces) – raided the building where Guiadó lives.

Elsewhere in the city, the same day, the Faes arrested Freddy Guevara, a former vice-president of the Venezuelan National Assembly and a member of Guaidó’s same party, the Voluntad Popular. Guevara is accused of “undermining the constitutional order, association to commit a crime and treason of the country”. According to the Chavista prosecution, he was arrested for “his links with extremist and paramilitary groups associated with the Colombian government”.

The persecution of opponents did not end there. On Tuesday, the president of the National Assembly of Chavez, Jorge Rodríguez, asked the prosecution to capture the deputy Gilber Caro, the chief of staff of Juan Guaidó, Luis Somaza, the youth leader Voluntad Popular Hasler Iglesias, and the political coordinator of the same party, Emilio Grateron. Rodríguez said, without evidence and repeating a scenario already used on other occasions to justify the arrests of opponents, that the opposition was preparing an assassination attempt against Maduro.

The next day, regime officials attempted to arrest Voluntad Popular activist Javier González, but failed to locate him, they arrested his mother, brother and cousin. In Lara state, left-wing MP Jesús Superlano has been arrested, according to the general secretary of the political party Pátria Para Todos.

Civil society leaders have also been targeted by the regime. This week, Sebin, the dictatorship’s intelligence service, raided the headquarters of the NGO FundaRedes in Táchira state and the home of the organization’s director, Javier Tarazona. Tarazona’s mother was detained for several hours. Jairo Pérez, a Caritas member and activist from La Vega parish outside Caracas, was also arrested. Earlier this month, the regime had already arrested three members of FundaRedes.

Analysts believe Maduro’s arrests, threats and speech are aimed at undermining negotiations with the opposition represented by Guaidó.

“For several years, Maduro has been trying to build a tailor-made opposition. What he wants to bring to Mexico is his own opposition, which is the one that accompanied him in the electoral events that took place in Venezuela and which has neither the support nor the recognition of the international community ” , José Vicente Carrasquero, professor, told Voice of America of Political Sciences at Simón Bolívar Universities.

For the director of the Center for Political and Governmental Studies of the University Andrés Bello, Benigno Alarcón Deza, the recent arrests and the attempted arrest of Guaidó “show the totalitarian nature of the regime and the cynicism with which a negotiation promoted by the community is to avoid precisely what we are experiencing: violence ”.

Free and heavily discounted apps and games for a short time

ASUS presents the ZenWiFi ET8, a powerful kit to set up a WiFi 6E home network up to 6.6 Gbps with 2.5 Gbps Ethernet and USB 3.1

Biden admits socialism is not ‘useful’, but he has socialists in his government