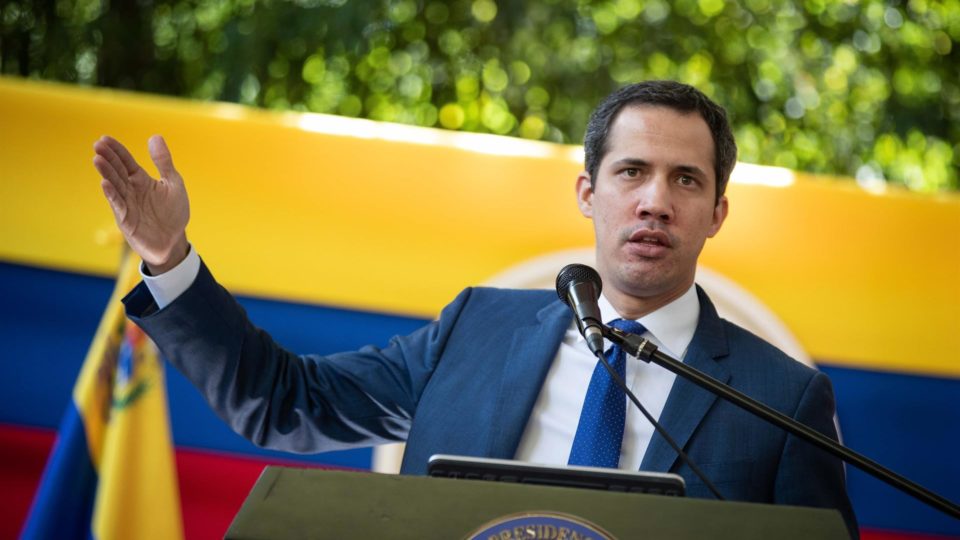 “They wanted to trap us in a false dilemma: to vote or not to vote,” Guaidó said at a press conference | Photo: EFE / Rayner Peña

The United States denounced this Monday (22) that the government of the Venezuelan dictator, Nicolás Maduro, once again deprived the population of participating in a “fair and free” electoral process.

US Secretary of State Antony Blinken said in a statement that during Sunday’s regional (21), “the regime changed the process for determining the outcome of these elections long before the ballots were cast.” .

In this regard, the US foreign minister cited, among other factors, the arbitrary arrests and harassment of political and civil society actors, the criminalization of the activities of opposition parties, the vetoes of candidates from all walks of life. political horizons and manipulation of voter registration.

Blinken highlighted the detention of more than 250 people, which he said was for political reasons. “Venezuelans have been denied the right to freely express their opinions and choose their own leaders,” he said.

In the opinion of the Secretary of State, these practices were carried out to put an end to political pluralism and “to ensure that the elections do not reflect the will of the Venezuelan people”. He also reiterated the American call to the “Maduro regime” to end its repression and allow the Venezuelan population to live in a “peaceful, stable and democratic country”.

“The United States supports the Venezuelan people in their desire to peacefully restore democracy through free and fair elections, with full respect for the freedoms of expression and peaceful assembly,” he said.

Finally, Blinken recalled that the US government supports internal negotiations in Venezuela and the efforts of opposition leader Juan Guaidó, whom the United States calls the “interim president” of the South American country.

“We will continue to work with Venezuelan and international partners using all diplomatic and economic tools to press for the release of all those unjustly detained for political reasons,” he said.

Juan Guaidó said on Monday that after the elections held in the country, in which Chavismo elected 20 of the 23 governors, there is an urgent need to “rebuild” “a sincere unity which legitimizes the leadership in Venezuela”.

“This is a moment, of course, which must lead us to greater unity. To a sincere unity, which re-legitimizes Venezuelan leaders, which rebuilds a united platform, which responds to the interests of Venezuelans, ”Guaidó said at a press conference in Caracas.

In view of the election results, the opponent said the time was not to “assign the blame” but to show “respect for the citizens” and reflect on why “what happened. past yesterday cannot be called a free and fair election ”.

“Today is a day of respect for citizens, of attention to Venezuelans and also of reflection on the part of the leaders, on the part of those who today call themselves leaders in Venezuela. Because the need for reunification and articulation of all the factors to be able to face the regime is also obvious, ”he added.

Guaidó reiterated that Sunday’s elections were held “without pre-existing conditions”, with the “kidnapping” of acronyms of opposition parties and organized by an electoral power “under the tutelage” of the regime of Nicolás Maduro.

“They wanted to trap us in a false dilemma to vote or not to vote, when we want to choose the future of Venezuelans. They will try to measure us or measure the democratic alternative in Venezuela to the color of the map, while even according to the figures produced by the National Electoral Council under the tutelage of the dictatorship, they do not even have the majority in this regard, “he said.

The former parliamentarian stressed that the elections “can only be” a solution to the political conflict if the conditions are guaranteed and the electoral dispute is focused “on the power kidnapped by Nicolás Maduro”.

“We congratulate the Venezuelan people and their institutions who, once again, have chosen to overcome their political differences by democratic means, at the polls, by banning all forms of foreign interference,” Arce wrote on his Twitter account.

The PSUV won 205 of the 322 mayors of Venezuela who already have confirmed results with 99.2% of the minutes transmitted, informed the National Electoral Council (CNE).

“It is the victory of the Bolivarian Revolution in Venezuela with its president Nicolás Maduro in the face of the criminal blockade of the United States and its political operators”, tweeted the Bolivian president.

Cuban dictator Miguel Díaz-Canel and Foreign Minister Bruno Rodríguez also congratulated the Venezuelan government on Monday for the victory in the regional elections.

“I congratulate the courageous Venezuelan people and the Great Patriotic Pole, led by Brother President Nicolás Maduro,” Díaz-Canel said on Twitter, where he described the victory of the PSUV in power as “resounding”. On the same social network, Rodríguez said the victory was “unequivocal for the Bolivarian and Chavista revolution”.