Long distance travel by rail will be expensive: up to Rs 50 will be charged 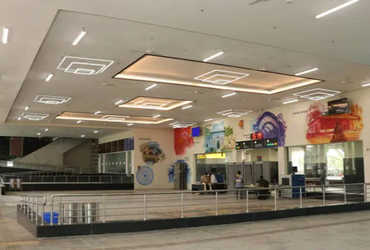 The Railway Department will charge ‘Station Development Fee’ for the newly constructed station. This will make long distance train travel more expensive. A fee of Rs 10 to Rs 50 will be charged at the time of ticket booking. Apart from this, the platform ticket will also cost Rs 10. Overall, railway booking will cost Rs 10 to Rs 20 more than now.
According to railway officials, long distance train travel will become more expensive. Preparations are on to implement Station Development Fee (SDF). A fee of Rs 10 to Rs 50 will be charged on ticket booking. There will be an increase of Rs 10 in general ticket booking. Sleeper class will attract an SDF charge of Rs 5 and the maximum ticket price for AC class will be Rs 50.
Passengers will have to pay this fee as part of boarding and alighting at the newly constructed railway station. However, officials said that the fee would be charged only after the completion of the railway station. Apart from this, the platform ticket at the railway station will also cost Rs 10. This fee will not be charged for intra-city travel. This means that such a charge is unlikely to be felt in a local train.
This fee will be same at all new railway stations. Railway officials said that this charge will boost the facilities of the railways. Railway department will become more modern. The officials also claimed that the move would be useful in attracting private sector investment. Various railway stations are being developed in India. Like Rani Kamalapati Railway Station and Gandhinagar Railway Station are being developed. This charge will be applicable at such stations.