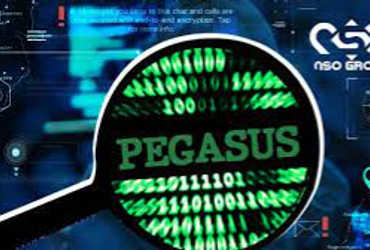 The Washington Post reports that the phone numbers of South African President Cyril Ramaphosa and Iraq’s Salih, Morocco’s King Mohammed II and three current prime ministers, Pakistan’s Imran Khan, Egypt’s Mustafa Medbouli and Morocco’s Al Othmani are also on the list. The Post said that neither country’s heads of state had sent phones for forensic examination to determine whether their smartphones were spied on by NSO’s military-grade Pegasus spyware. Investigations revealed that the phone was tapped or an attempt was made to tap it.

The list of phone numbers leaked by Amnesty was given to the Washington Post and 12 other members of the Global Media Consortium. According to the French daily Le Monde, 15 members of the French government may have been spying with Macron in 2016. The Paris prosecutor’s office said it was investigating an espionage scandal after the Global Media Consortium released the first report on Sunday. The forensic analysis released by Amnesty also reportedly targeted Amazon Web Services hosting the NSO infrastructure. Amazon said it has closed NSO’s account after the spying activities were confirmed.

According to Amnesty, Digital Ocean is also a hosting company for NSO servers. In this regard, Digital OS is keeping silent on these reports. However, the company said, none of the infrastructure demonstrated at Amnesty is on Digital Ocean. In 2012, the consortium published reports of spying on the NSO Group spyware Pegasus. According to a report, family members and friends of journalist Jamal Khashoggi, who was killed at the Saudi consulate in Istanbul in 2012, were also taped. The urgent need to control the global sale of professional hacking tools has been stressed since the Pegasus spying scandal was exposed.

Union members said they had identified more than 1,000 people, including more than 200 politicians and government officials from 20 countries, and 15 journalists. The NSO Group, on the other hand, denied that its clients had targeted the French president for espionage. . The NSO group denied having any list of potential, past or current targets. Sources said that the fact that the number is on the list does not mean that the device has been hacked or an attempt has been made to hack it.