La Jornada: Tension in the Balkans 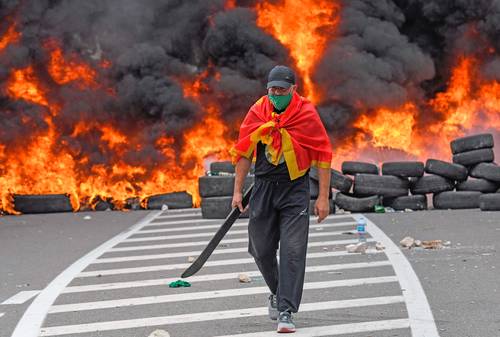 ▲ Some 50 people were injured yesterday in Montenegro in clashes between police and protesters against the enthronement of the new head of the Serbian Orthodox church in the small Balkan state, in a context of identity tensions. The violence marred the brief ceremony held in Cetiña, a historic city in the south of the country. Police made 14 arrests. Bishop Joanikije was transported by helicopter from the capital, Podgorica, to the city’s monastery, the seat of the Serbian Orthodox Church, to avoid the incendiary barricades that had blocked the surrounding roads since the day before.