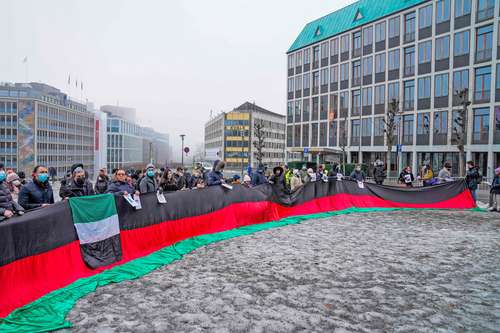 ▲ A delegation from the Taliban movement (sanctioned by the UN for its terrorist activities) held a meeting in Oslo with representatives of civil society to discuss the situation in Afghanistan. At the end of the meeting, the fundamentalists’ spokesman, Zabihullah Mujahid, tweeted the joint statement from the one-day meeting. The participants agreed that with understanding and cooperation, problems will be solved. Afghan feminist Jamila Afghani called the meeting positive. The Taliban showed good faith. They listened patiently and addressed most of our concerns, he said. In the image, protest outside the headquarters of the negotiations, yesterday. Photo Afp