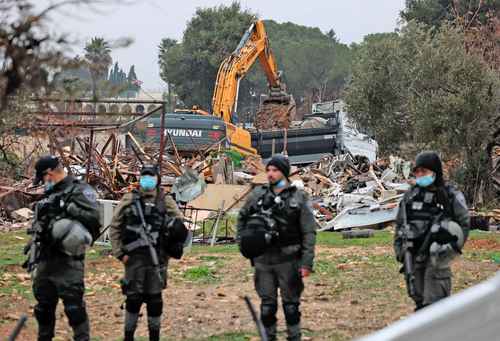 ▲ The Israeli police yesterday demolished a Palestinian house in the Sheikh Jarrá neighborhood, which has become a symbol of the fight against colonization in East Jerusalem and the scene of strong tensions for months. The agents went at dawn to the home of this family threatened with expulsion since 2017 and the object of a support campaign in the Palestinian territories and abroad, and removed the people who were there, according to a video published by the authorities, who carried out 18 arrests during the operation. Photo Afp