Know, what is the dispute between the two superpowers of Ukraine, America and Russia? 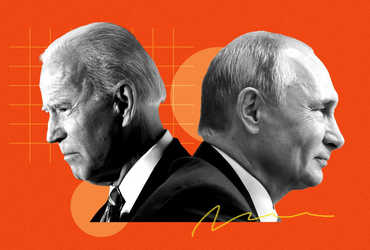 Internationally, the issue of Ukraine has been confronted by the superpowers America and Russia. If Russia invades Ukraine, World War II would break out as the United States would come forward to aid Ukraine. The fear of the Third World War spread rapidly. Russia’s 1.25 million soldiers are waiting on the Ukrainian border for an invasion by all of the country’s authorities. Russia also has the support of China. On the other hand, while the forces of the United States and NATO (North Atlantic Treaty Organization) are also preparing for war, it is important to understand what is causing the dispute between Ukraine and the two superpowers.

Russia, living in the mindset of the Soviet Union, continues to oppress Ukraine

Although Russia is no longer as powerful as the United States on all fronts, it has a strong Soviet legacy. Military weapons compete with the United States in technology, manufacturing, and sales. Most countries in the world have weapons or technology purchased from Russia, including the United States. Russia still lives in the old Soviet mindset under Vladimir Putin. It has ambitions to become the Soviet Union again, so whether it is Crimea or Ukraine, Kazakhstan or Armenia, it is always in a position to intervene.

Russia does not like Ukraine’s friendship with the West

Ukraine is an independent country near the border with Russia. It has long had good relations with Western countries including Europe and America. The United States and Western countries want Ukraine to become a member of their military alliance NATO. Russia does not like the friendship of its neighbor Ukraine with the West. Russia threatens the presence of NATO countries for its own security. Russia does not want to be surrounded by hostile countries like the United States. If Russia were to act against Ukraine in the future, the West would not consider it a member of NATO. Moscow, the capital of Russia for NATO countries, is only 640 km away. At present this distance is about 1600 kms.

He told Lenin that if Russia lost Ukraine, it would lose everything

Ukraine is so important to Russia that Lenin, the hero of the Russian Revolution, said that if Russia lost Ukraine, it would lose a part of its body. When Russia was invaded by enemy nations during World War II (1939–1945), the only border with Ukraine was the one from which it provided security for its country. Russia knows this history, so it wants Ukraine to win at any cost before joining NATO.

The world was watching Russia invade Crimea in 2014

Russia, living in a Soviet mindset, invaded Crimea in 2014 and declared Crimea as an independent state, which is part of Ukraine. Russia wanted a strong dominance on the naval border with Europe, which could be achieved by conquering Crimea. Crimea today has a so-called independent government. In fact, all regimes work at the behest of Russia. After the annexation of Crimea, Ukraine fell into disarray, but Russia could do nothing. Russia has a massive army of 2.9 million, 1,500 fighter jets and advanced Soviet-era military weapons that still make it a superpower. Meanwhile, Ukraine has 1.1 million troops, 98 fighter jets and some weapons.

If Russia and the United States Fight Over Ukraine, World War III Is Imminent

If Ukraine is to allay its fears of Russia, it needs to join the US-led military alliance NATO. Ukraine knows that no one came close to Russia’s annexation of Crimea in 2014. The whole world was watching and the US was shaking hands but joining NATO could have helped.

The United States has promised all possible assistance to Ukraine in countering a potential Russian invasion. It has deployed 3,000 troops to Ukraine. Strengthening the Ukrainian army by providing state-of-the-art weapons. America is trying to regain its lost credibility in the Ukraine conflict. With empty hands in Iran, Iraq, Syria and Afghanistan

But the United States understands that this time it faces an old enemy and a superpower, Russia. Military action on the way to Russia means World War II. Russia and the United States have more nuclear weapons and military power than any other country in the world. Ukraine is equally embroiled in the arrogance and enmity of these two countries.