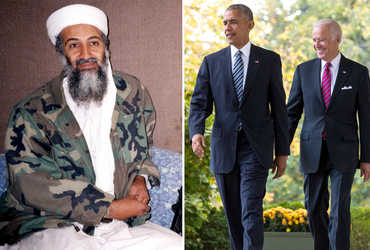 Al Qaeda chief Osama bin Laden was killed by US commandos in Pakistan.

However, a letter he wrote before his death is now going viral. Biden was vice president at the time.

“Biden is not yet ready to be president, and if Obama dies, he will become president and the United States will be united,” Osama said in the letter.

In 2010, a letter written to bin Laden was found in the compound of bin Laden’s house in Pakistan, where he was killed by US commandos.

The letter was published in 2012, but is now in the news again because of the withdrawal of US troops from Afghanistan and the return of the Taliban to power, drawing heavy criticism from Biden.

The Taliban and Al Qaeda are considered close to each other. Bin Laden was blamed for the attack on the World Trade Center in the United States and bin Laden arranged for the Taliban to hide in Afghanistan.