Khanda China’s new step, construction of 500 model villages along the border of India 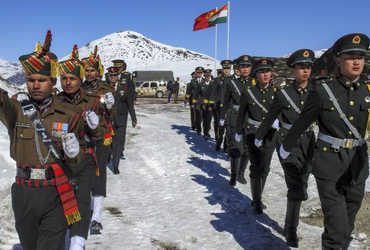 China, trying to surround India in any way on the border, has so far built 500 model villages on the Indian border.

China is also making goats behind these villages as well as making roads till the border.

However, the Indian Army is ready to play the role of China. China has started expanding its infrastructure near Tibet and has set up model villages as part of it.

People of Tibetan origin are being settled here because they have the ability to fight at high altitude. However, the Indian Army has put up bunkers here to keep an eye on the activities of China.

India’s bunkers are at an altitude of 16,000 to 20,000 feet. Where the oxygen level is low, it is time for the Indian soldiers to fight the weather. India has deployed Bofors artillery at such a height to counter China. There are also tanks being deployed here.