Keiko Fujimori announces he will recognize election results in Peru 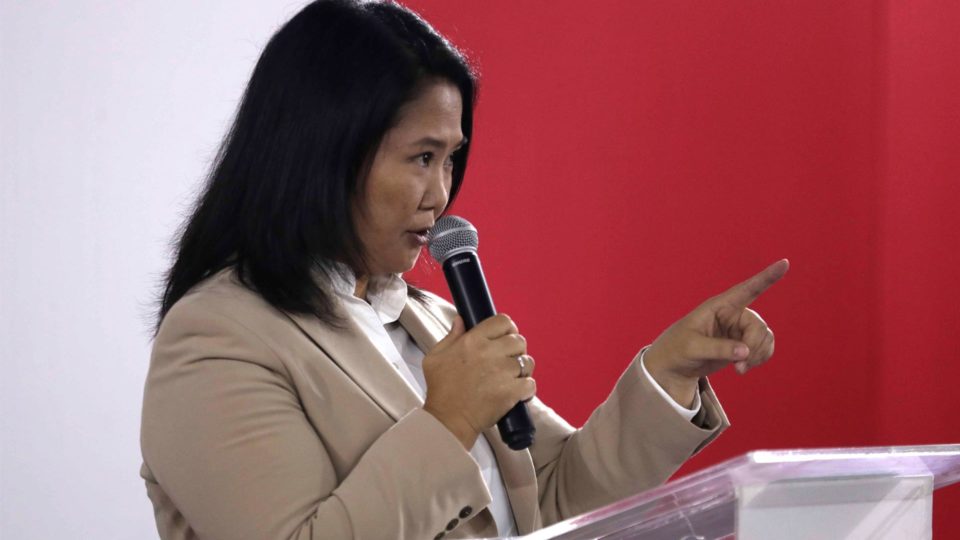 Keiko Fujimori, Peruvian presidential candidate for the right-wing Popular Force Party, announced that she would recognize the result of the presidential election on July 19 | Photo: EFE / Paolo Aguilar / Gazeta do Povo

Candidate Keiko Fujimori announced on Monday that she would recognize the result of the June 6 presidential election in Peru, in which she lost the race to leftist Pedro Castillo. The result is expected to be announced in the coming hours by the National Election Jury (JNE), the country’s main electoral body.

“Today, I announce that, fulfilling my commitments to all Peruvians, I will recognize the results, because this is what the law and the Constitution demand that I have sworn to defend,” said the daughter of former head of government Alberto Fujimori at a press conference.

The right-wing candidate also said she would accept the official proclamation although she considers it “illegitimate”, as she claims that “they have discovered something that no longer has objections: Peru Libre (the party de Castillo) stole thousands of votes on election day. “

Keiko Fujimori made the statement shortly after the JNE confirmed it would proclaim and hand over its credentials to Peru’s next president, who according to the official tally will be Castillo, who won the election with just over 44 000 votes in front of her.

On Monday, Fujimori lost the last of the resources with Peru’s electoral authorities that could prevent the proclamation of Castillo as the country’s elected president. All calls by the Force Nationale to overturn the election results were ultimately rejected by the JNE plenary, agency sources confirmed.

Keiko Fujimori contested the results of five of the 60 special electoral juries that make up the Peruvian system. Yesterday, before the ordinary courts, an action for annulment of the entire electoral process in Peru had already been dismissed, the accusations of fraud not having been verified.

The protest attempts were Keiko Fujimori’s latest move, to prevent Castillo’s inauguration as president, after more than 1,000 appeals were filed. According to the National Office for Electoral Processes, the left-wing candidate was elected with 50.12% of the vote in the June 6 elections, with only 44,000 more votes than the right-wing candidate. Castillo should be sworn in on the 28th, when Peru will celebrate its 200 years of independence.