Kabul: Taliban celebrating the capture of Panjshir, many killed in aerial firing 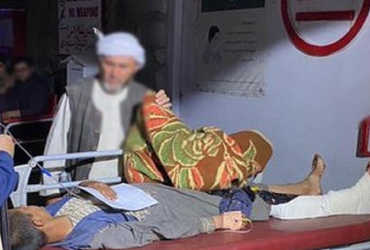 Due to lack of space in the operation room, one person was operated in the emergency room.

No one is unaware of how bad the situation is after the Taliban took over Afghanistan. People are trying to leave Afghanistan to save their lives. The situation is so bad that no one knows when the creature will die. One such incident happened last night. Taliban militants were enjoying firing in the air after claiming to have captured Panjshir province.

According to a report, many people, including children, lost their lives and many others were injured during the Taliban celebrations. The Taliban claims to have captured Panjshir province. However, the resistance forces (insurgent groups) have denied the allegations. At the same time, he is claiming to have caused heavy damage to the Taliban.

People rushed to the hospital for treatment after Taliban firing. Meanwhile, the operating theaters of the hospital were overcrowded. People were treated diligently in the hospitals. There was also a picture that a person was operated upon in the emergency room due to lack of space in the operation room.

For the past several days, Ahmed Masood and former Vice President of Afghanistan Amrullah Saleh have been fighting the Taliban in Panjshir province. Talks between the Taliban and Masood continued for the first few days but no solution was found. The Taliban then sent their fighters to capture Panjshir.