Kabul Blast: American flag to be flown at half-mast for 4 days in honor of 13 martyred soldiers 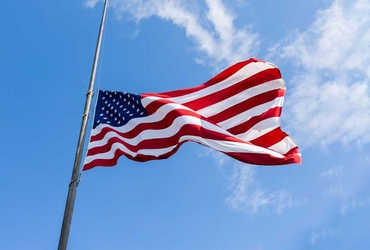 – President Joe Biden has made it clear that we will not forgive you, we will find and punish

Officials say at least 13 US soldiers have been killed and dozens more wounded in a bombing near the northern city of Kabul. President Joe Biden has made it clear that we will not forgive you, we will find and punish you. He also said that his mission is not complete yet. More than 100 people are reported to have died in the blasts in Kabul.

In the midst of all this, the national flag of America will be hoisted in honor of the martyred soldiers. According to a report received by the White House, the US national flag will remain half-masted till the evening of August 30. A bombing near the northern city of Mosul has killed at least 13 Iraqi people and injured more than 18.

“Those who carried out the attack should know that we, the people, will not forgive them,” he said. do not forget to. Now we will hunt you. You have to pay for this attack. America knows very well the ISIS leader who carried out this attack. We will find a way for the people and they will find them wherever they are without any major military operation. The US will withdraw all its troops from Afghanistan under any circumstances by the end of this month.