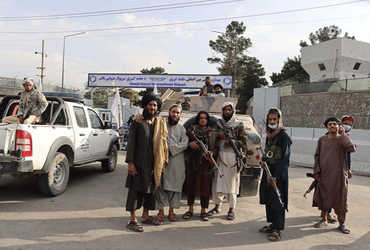 Kabul: Those who want to leave the country and return to Afghanistan from America are facing great difficulties. Kabul airport is under Taliban control and there are currently no international flights. Thousands of Afghans are heading towards the Pakistan-Iran border to exit the country.

Thousands of people are standing on the Afghan border near Khyber in Pakistan. He wants to go to Pakistan. Similar is the situation at the Kala Border Post on the Afghanistan-Iran border. Some say that Iran’s security agencies have relaxed the rules on humanitarian grounds.

Till now Kabul airport was under US control. So far, many countries have rescued and taken refuge in many Afghans, including thousands of their own. About 1.5 million Afghans have fled Afghanistan in the last fortnight alone. According to a UN report, 5 million people could leave Afghanistan by the end of this year.

The Taliban have taken control of Kabul airport, but have yet to resume operations. The Taliban’s main focus is currently on opening banks, depositing money in ATMs and opening government offices in different parts of the country, so that the work that has been going on for the last several days can be carried forward.