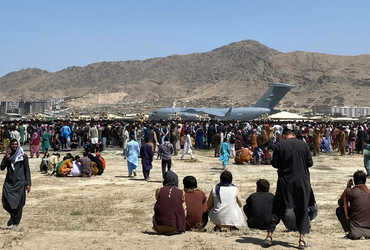 Qatar’s ambassador to Afghanistan said Kabul’s airport reopened on Saturday for international aid and would soon be ready for civil aviation. Al Jazeera reports that the runway at Hamid Karzai Airport in Kabul has been repaired. On Saturday, the first foreign plane landed at Kabul airport after the departure of US troops. The plane from the United Arab Emirates had brought 20 tonnes of food. A Taliban spokesman said a technical team and experts from Turkey, the United Arab Emirates and Qatar had arrived at Kabul airport and were assisting the Taliban in launching operations at the airport. Soon the airport will be opened to the general public. Two domestic flights were also operated from Kabul airport to Mazar-e-Sharif and Kandahar on Saturday. Meanwhile, the UK-based Independent said the US Congress would fund the United Nations and other agencies and groups to provide humanitarian aid in Afghanistan, but would not provide any direct aid to the Taliban government.