Joe Bid needs to be reassured after allies, including India, leave Afghanistan 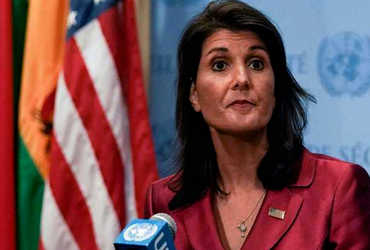 The growing rapprochement between the Taliban and China could be a threat to India after the US withdrawal from Afghanistan.

Former United States Ambassador to Afghanistan Nikki Haley has warned that President Joe Biden has lost the confidence of his supporters following the decision to withdraw troops from Afghanistan. Now America will face new challenges. The United States should pay more attention to the security of its people, and China in particular. China will try to fulfill its intentions through Afghanistan. It will also try to use the Bagram Air Force against India. In doing so, the United States must show the strength to meet all the challenges posed on a global scale.

Haley said President Bide now needs to talk to his key allies, such as India, Japan and Australia, to reassure him that the United States will help him. Need to stand with them. At the same time, it must be shown that the United States will continue to fight terrorism around the world. The victory of jihadists in Afghanistan has also raised fears that the number of recruits to terrorist organizations will increase worldwide. There is also a danger that America will be left alone in the world.

Nikki Haley said that there can be no more shameful and humiliating situation when America handed over weapons worth millions of dollars to terrorists.