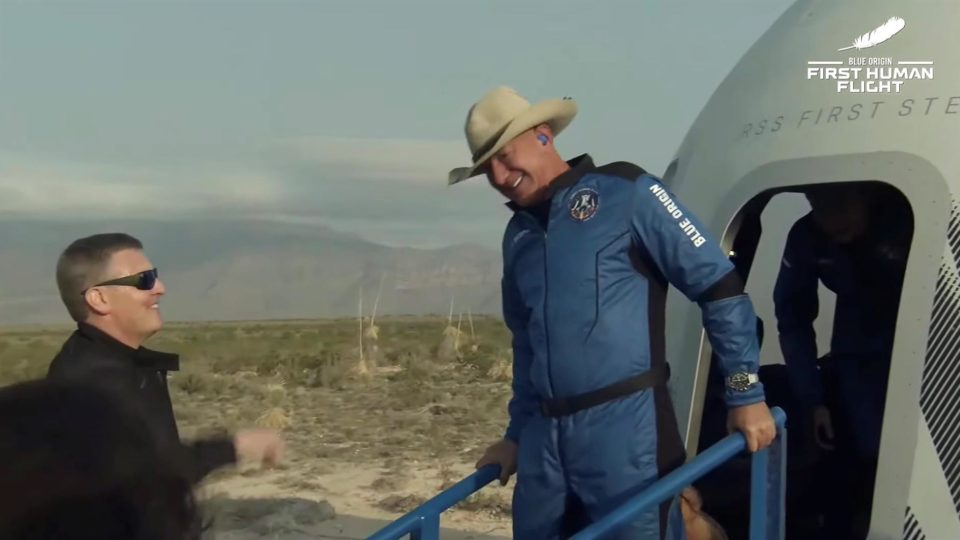 Jeff Bezos, founder of Amazon and the richest person in the world, traveled to space with three companions aboard the Blue Origin Company’s New Shepard rocket which reached 351,210 feet (107 kilometers) above sea level. to come back to the surface.

Inside the spacecraft made by Blue Origin, an aerospace company founded by Bezos in 2000, the businessman traveled alongside his brother, Mark; 82-year-old aviator Wally Funk and Oliver Daemen, an 18-year-old Dutch student who won the trip as a gift from his father, multimillionaire Joes Daemen.

The billionaire and the other passengers took off at 8:13 a.m. local time; 10:13 a.m. GMT, 13 minutes late due to last-minute technical reviews. The launch took place on a platform outside the town of Van Horn, in West Texas.

From launch to landing, the flight lasted exactly ten minutes and 18 seconds, with all crew members safe after the space experience.

During the journey, the capsule in which the passengers were staying separated from the booster rocket when it reached 76 kilometers in altitude and then continued to travel the remaining 30 kilometers.

When the trip was over, the capsule with the four occupants landed in a deserted spot near the launch pad. Moments earlier, the rocket returned to base.

“The best day!” exclaimed Bezos, inside the capsule, after landing.

Unlike last week’s flight by tycoon Richard Branson, Bezos’ journey passed the imaginary Karman Line, which is 100 kilometers above sea level and which some sectors of science accept as the division between Earth’s atmosphere and outer space.

Branson’s flight, aboard a plane owned by his company Virgin Galactic, lasted about 20 minutes and reached an altitude of 89 kilometers, above the 80 kilometer mark, considered by the United States to be the space border.