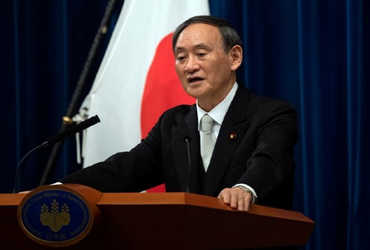 Japanese Prime Minister Yoshihide Suga has apologized for the mistake made during the anniversary of the atomic bombings. Yoshihide Suga left a part of a speech at a ceremony held in Hiroshima on the anniversary of the atomic bombings in Japan 76 years ago, which is held every year in memory of those killed in the explosion. For this he has now apologized.

How did Yoshihide Suga’s mistake come to light?

Media reports said PM Yoshihide Suga skipped a page and saw the error, as the public broadcaster NHK stopped showing subtitles during his speech at the ceremony.

“I apologize for omitting part of my speech at the ceremony,” Yoshihide Suga said at a news conference after the ceremony. According to reports, Japan is the only country to have suffered an atomic bombing.

The United States conducted a nuclear attack 76 years ago

76 years ago on this day on August 6, 1945, America dropped the world’s first atomic bomb on the Japanese city of Hiroshima. Three days later, another atomic bomb struck the Japanese city of Nagasaki. After which both the cities were almost completely destroyed and according to the report more than one and a half lakh people lost their lives. Apart from this, those who survived the attack became victims of disability.