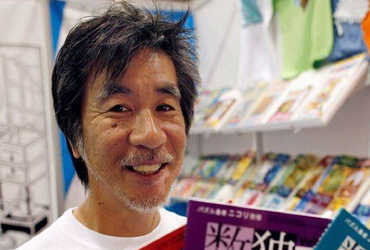 As a result of the popularity of Sudoku, a world championship has been held every year since 2006.

University dropout Maki Kaji (69) from Japan, who is engrossed in his home-made Sudoku game, said goodbye to the world on Tuesday 10 August. Maki, known as the godfather of Sudoku, was diagnosed with gallbladder cancer.

Maki Kaji’s company, Nikoli, said in a statement Tuesday that the godfather of Sudoku is no longer with us. He breathed his last in the city of Mitaka, Tokyo metro area. Sudaku became popular outside Japan about 2 decades ago.

Sudoku then found a place in newspapers around the world and everyone became addicted to the game. Sudoku became so popular that people spent all day solving puzzles. As a result of its popularity, a world championship has been held every year since 2006.

Kazi’s Sudoku Puzzle is published in over 100 media companies around the world, 10 of which are foreign. Kazi was with the company till July but left the company due to health reasons.

Kaji was born on 8 October 1951 in Sapporo, Japan. In a speech in 2008, he said that he first fell in love with the first number puzzle in 1984, which he named Sudoku. Surprisingly, the name he gave in just 25 seconds pointed to only one number.