Jaishankar may attend the swearing-in of the new President of Iran! 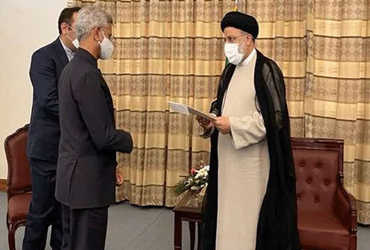 Raisi is considered Iran’s most radical leader. He is close to Supreme Leader Ayatollah Ali Khomeini. He won the presidential election in June with an overwhelming majority. India has already accepted Iran’s invitation for the event. Representatives and leaders of some countries are expected to participate in it.

India, which has been indifferent to its relations with Iran for the last three years due to US sanctions, may change its stance. The Indian government is considering allowing its oil companies to buy crude oil from Iran.

Just last month, the foreign minister met newly elected President Ibrahim Raisi during his visit to Iran’s capital Tehran during his visit to Russia. In view of the changed situation after the withdrawal of US troops in Afghanistan and possible apprehensions about strategic interests, External Affairs Minister S Jaishankar has had a long phone conversation with his Iranian counterpart Javad Zarif in the last few days. Iran’s role in this situation has become important in light of the increasing Taliban attacks in Afghanistan. Apart from keeping in touch with a large group of Taliban, Iran is also making peace at its level between the Afghan government and the Taliban.