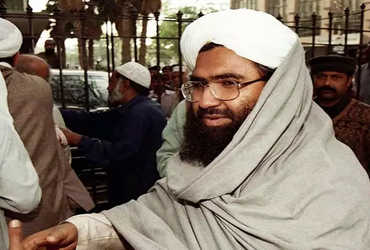 Elections have been reopened in Pakistan to avoid the gray list of FATF. It has been proved once again that Pakistan is a hotbed of terrorism and Jaish-e-Mohammed’s Sagitt Masood Azhar is hiding in Pakistan. According to reports, Masood Azhar lives in Bahawalpur, Pakistan. In whose protection the security forces of Pakistan are deployed.

Difficult to get out of FATF gray list now

After this revelation, the possibility of Pakistan’s withdrawal from FATF has become even more hazy. The report said that instead of taking action against Pakistan, Pakistan is promoting terrorism. He has kept international terrorist Masood Azhar hidden there. Pakistan has suffered a loss of about 38 million due to inclusion in the gray list of FATF.

Masood Azhar is still safe in Bahawalpur, Pakistan. One of its bases is near the Osman-o-Ali Masjid in Bahawalpur and the other is at the Jamia Masjid, Subhan Allah. According to the report, armed security personnel have been deployed for the security of the terrorist’s house. Barricading has been done around the house. The biggest enemy of India has been the whole system under the nose of the Government of Pakistan.