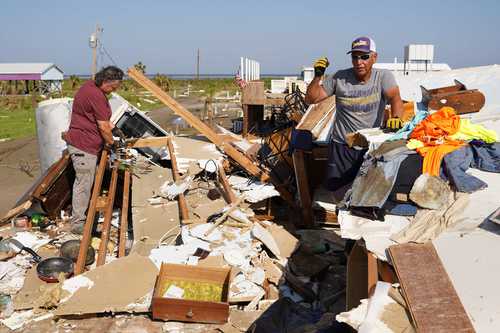 Marseilles. The International Union for Conservation of Nature (IUCN) presented this Saturday a new list to praise the successes in the fight against the decline of biodiversity in the world, the Green Status.

IUCN is best known for its Red List, created in 1964, which classifies animals and plants into nine categories based on the degree of threat of extinction.

This classification has allowed for decades to launch cries of alarm about the dramatic situation of some species, to apply protection measures.

The Green Status of Species has two objectives: to measure the regeneration of species, something that has not been done until now, and to know the impact of conservation programs, explained Molly Grace, coordinator of the IUCN working group on this. new classification, at a press conference at the World Conservation Congress in Marseille, France.

Like the Red List, Green Status has nine categories, from complete restoration to extinction in the wild, going through various levels of decline: slight, moderate, significant, and critical.

Preventing extinction is not enough, Grace reiterated, explaining that the Green Status makes the hidden work of species protection visible.

The Green Status will allow to see the potential of reestablishing a species in the short and long terms, up to a period of a century, he explained. It begins with 181 evaluated species, a far cry from the 38,500 that the Red List contains. At the end of the year, IUCN will release its first full study, and this new tool will become part of the Red List. In the medium term, conservation experts also want to develop an index to measure the reestablishment of a group of species.

The Red List and the Green Status represent different, but linked and complementary assessments, the IUCN says.

The organization also creates a Green List of Protected and Conserved Areas, based on four criteria: good management, design and planning, efficiency and effective results in terms of conservation. The list starts with 59 sites around the world.

More deaths from Ida and an oil spill

The death toll left by Hurricane Ida in Louisiana rose to 12 yesterday, a number well below the dozens of deaths in the northeastern states of the United States that United States President Joe Biden will visit next week to assess the damages.

Four northern states, including New York and New Jersey, kicked off Labor Day weekend digging through the debris caused by the flood, which killed more than 44 people and brought public transportation to a standstill in La New York City.

Biden will visit New Jersey and New York on Tuesday, devastated by the storm, just days after traveling to Louisiana, where the phenomenon made landfall almost a week ago. His trip to the northeast will include Manville, New Jersey and the New York City borough of Queens, the White House said.

The death toll confirmed by the hurricane in Louisiana rose to 12 yesterday, Governor Bel Edwards reported at a press conference. He warned that these figures could rise because many people depend on the power of generators, since four of the 12 deaths are attributed to carbon monoxide, said the governor.

More than 718,500 users in Louisiana are still without power, down from the 1.1 million people Hurricane Ida initially left in the dark, the governor added.

After Biden mentioned the possibility of using a cruise ship to house workers trying to restore electricity, the Bahamas Paradise Cruise Line company said it would deploy its flagship Grand Classica in New Orleans to house 1,500 frontline workers in under a freight agreement with Entergy Corp.

In Louisiana, there were two new deaths among elderly people from a nursing home who were evacuated from a warehouse in Tangipahoa Parish, which is being investigated for allegations of poor conditions.

An oil spill more than 22 kilometers long was discovered in the Gulf of Mexico after the passage of Ida. The spill is near the coastal town of Port Fourchon, in Louisiana, where Ida first touched US soil.

According to The New York Times, which quotes a United States Coast Guard lieutenant, the oil spill is believed to have come from a disused gas pipeline owned by Talos Energy Inc.