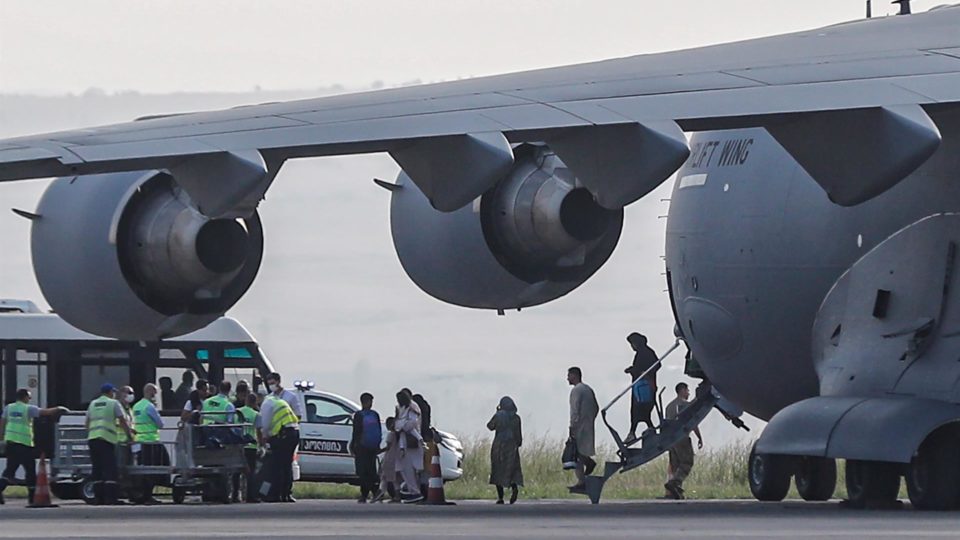 People leave NATO C-17 which brought 35 Dutch, 16 Belgians, 2 Germans and a Briton from Kabul, Afghanistan, to the airport in Tbilisi, Georgia, August 18 | Photograph:

Itamaraty is trying to locate a Brazilian who requested consular assistance to leave Afghanistan after the Taliban took Kabul, Olyntho Vieira, Brazilian ambassador responsible for Pakistan, Afghanistan and Tajikistan, said in an interview with Estadão.

According to the ambassador, who spoke to the newspaper by phone from Islamabad, Pakistan, the Brazilian, who has not been identified by security, said he was temporarily residing in Afghanistan. He contacted the embassy phone by text message, there was an exchange of messages and the embassy requested more information. However, the Brazilian “is certainly having communication difficulties”, and the diplomatic representation has not yet been able to find out where he is and has not had further information.

Right now, the Foreign Ministry is considering removing the Brazilian from the Asian country. Olyntho Vieira also told the newspaper about another case that has already been solved by Argentina, that of a Brazilian married to an Argentinian who worked in an NGO, with two Brazilian children. The family has already left Afghanistan and is in Uzbekistan, with the help of Argentine diplomats.