“It is our right to speak up for the Muslims of Kashmir,” the Taliban said. 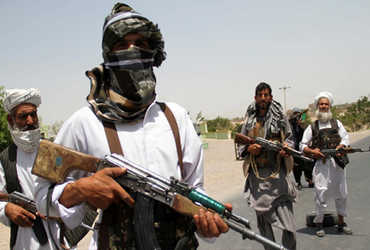 Amid India’s concern over the sheltering of anti-India terrorist groups in Afghanistan, the Taliban have said they will support the whole world, including Kashmir. They have the right to speak for the Muslims. However, the Taliban said that we do not want to go to war against any country.

In an interview to an international media channel, Taliban spokesman Suhail Shaheen said, “We have the right to be the voice of Muslims in the whole world including India when it comes to being Muslims.” We will raise our voice and say that Muslims are also your citizens, they should have equal rights under the law of their country.

Shaheen’s statement is in stark contrast to the latest Taliban statement in which the militant group had said that Kashmir is an issue between India and Pakistan and both countries should resolve it through dialogue.

The Indian Foreign Ministry said on Thursday that India is still working to ensure that Afghan soil is not used for terrorist activities against India. Two days ago, Indian Ambassador to Qatar Deepak Mittal held talks with Taliban leader Mohammad Stanikzai on this issue, which was positive.

According to Indian Foreign Ministry spokesperson Arindam Bagchi, most of the Indians have returned. It is not possible to say with certainty how many Indians are left in Afghanistan. Around 20 Indian nationals are still stranded there.