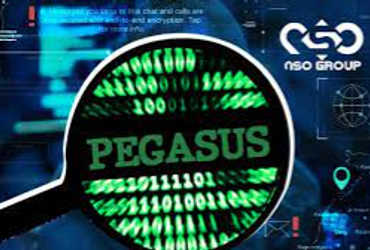 Israel’s spyware Pegasus has created panic all over the world. Software maker Israel said on Thursday that a parliamentary committee is considering changing its export policy to defense products amid reports of spying on the phones of several presidents. The committee will investigate allegations of misuse of Pegasus, the monitoring software of NSO Group. Israel has reviewed Pegasus’ licensing process and indicated restrictions on exports.

Reports of the Pegasus software spying on hundreds of journalists, human rights activists, politicians and others in several countries, including India, have raised questions about privacy and national security around the world. Israel has set up a special committee to investigate the allegations against Pegasus Software.

NSO, the maker of Pegasus, has denied all reports of espionage in the wake of the Pegasus espionage controversy. On the other hand, Ram Ben-Barak, chairman of Israel’s Foreign Affairs and Defense Committee, pointed to the Defense Export Control Agency (DECA) saying that the matter would be re-examined.

Israel has set up a committee to investigate reports of smartphone hacks via Pegasus. Actually, the mobiles of the world’s biggest celebrities have been hacked and their messages have been read and calls will be recorded. For the time being, we have given priority to review and licensing of this entire matter. Ram Ben-Barak, the former deputy head of Israel’s major intelligence agency, Mossad, said Pegasus had helped expose “many terrorist cells” but changed its export policy if it was misused or sold to irresponsible organizations. will review.

Ben-Barak said the Israeli government would investigate the matter. Based on their observation this problem will be resolved. Israel has allowed the company to export cyber security products to government agencies only for lawful purposes and to fight terrorism.

Shalev Hulio, chief executive of Pegasus maker NSO, welcomed the government’s decision to appoint an inquiry committee. The company said that the investigation will remove the stigma attached to the company. Hulio claimed that the espionage dispute through Pegasus was actually an attempt to harm the entire Israeli cyber industry.

NSO will not disclose the details of its agreements due to confidentiality issues, but will provide details in full transparency if a government asks for details. The company said it did not know who was being spied on. They will investigate whether their customers receive complaints that they are abusing Pegasus. On receipt of a complaint the Pegasus Software may be discontinued for such customers.