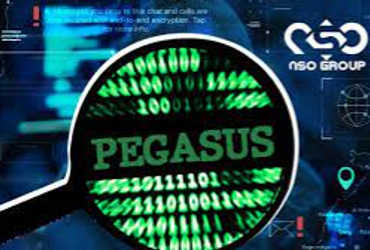 A spokesperson for the company said: “We are confident that this investigation will bring out the facts that we have always said. This investigation will also prove that there was no spying on Pegasus’s behalf. What’s more, our The recent media attacks against him will also prove to be false allegations. Israeli officials also raided the office of the NSO group on Tuesday. An inter-ministerial committee was also set up by Israel to assess media reports on the Pegasus espionage controversy. Is.

Israel, engulfed in global outrage over the Pegasus controversy, said it would look into the matter very seriously, while the NSO group said the media report was “completely false and its theory is false.” The use of Pegasus software is only intended to help government intelligence agencies fight terrorism and crime. NSO Group also said that it does not identify people who used Pegasus by its customers, but that it would be shut down if any customers misused the software.

Meanwhile, Mexico’s security secretary, Rosa Isla Rodriguez, said 21 agreements signed during the reigns of Felipe Calderón, who was president from 2009 to 2014, and Acarín Pea, who was president from 2014 to 2016, were on record. Some contracts have been concealed by showing purchases of other equipment. The government said it had signed several agreements with Israeli spyware company NSO Group with front or shell companies, which were used to evade bribery or tax evasion in Mexico.

Santiago Nieto said the amount and the manner in which the payments were made to NSO were signs of government corruption in a telephone tapping program that was already under question. Journalists, human rights activists and opposition leaders were targeted at the time, including incumbent President Andres Manuel López Obrador and his close aides.