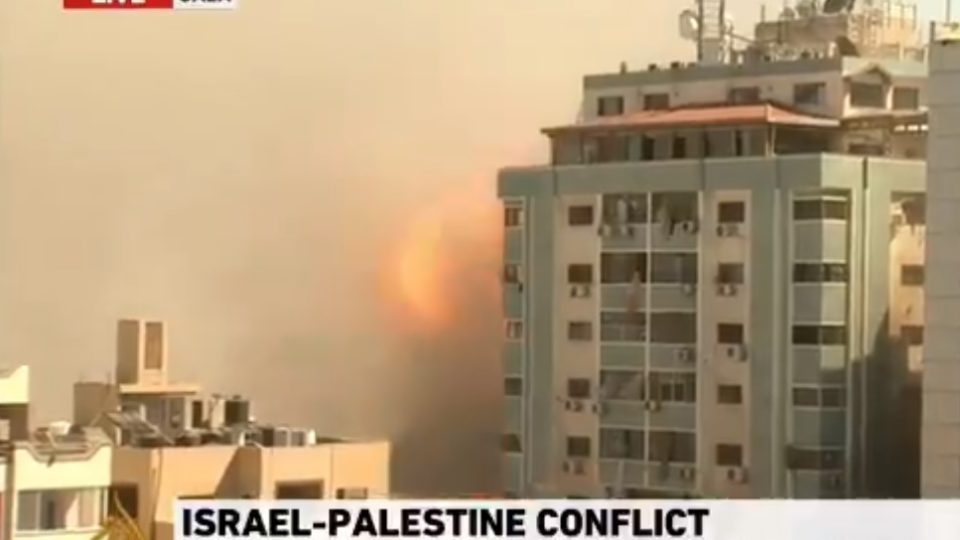 A building is hit in Palestine | Photo: Playback / Al Jazeera

An Israeli attack on Saturday destroyed a building in Gaza City that housed offices of international media such as the Associated Press and Al Jazeera news agency. The move was in response to shots fired by Hamas this morning at Tel Aviv and other nearby areas.

Israeli military officials said the building was used by Hamas’s military intelligence services and that fighters only shot it down after warning residents to evacuate the site. In a statement on its Twitter account, the Associated Press said the owner of the building received a phone call asking those in the building to come out and protect themselves before the attack.

The bombing comes amid an escalating conflict between Israel and the Gaza military group Hamas.

United Nations High Commissioner for Human Rights Michelle Bachelet said in a statement on Saturday that “instead of trying to calm tensions, the fiery rhetoric from leaders of all stripes seems to be trying to excite the dispute”.

Measures against the fourth corona wave

You can now download watchOS 7.6.1 on your watch to resolve a security error

You can now download the beta version of Edge 91 for iOS, a version that will match the functionality of Edge on Android and computers.