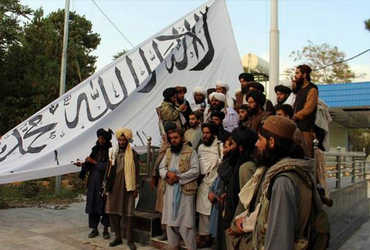 In the past few days, several Islamic State (IS), Jaish-e-Mohammed (JEM) and Lashkar-e-Taiba (LeT) fighters have entered Afghanistan’s capital Kabul. Taliban leaders are aware of the presence of these foreign terrorists who have entered with the Taliban flag. These groups operating in various parts of Kabul are now under the control of the Taliban.

Under the agreement with the United States, the Taliban is committed to preventing terrorist groups from operating in Afghanistan. They are likely to drive the groups out of Kabul in the next few days.

An Afghan human rights activist close to sources at the Taliban political office in Doha said the next few days were going to be extremely important. Because it is possible that the above groups have resorted to violence in violation of the orders of the Taliban leadership.

Taliban leaders are trying to stay active to prevent foreign fighters from gaining a foothold in Kabul. Mullah Yakub, son of the late Taliban founder Mullah Omar, arrived here on Monday to see the progress in the operation.

Yakub hails from Quetta, where the Taliban have been active for decades. Yakub is the ‘operation chief’ of Taliban forces. There are concerns of conflict between the two if the Taliban attempts to drive out other terrorist groups by force.