ISIS commander Abu Ibrahim blew himself up in US operation in Syria, saw Baid alive 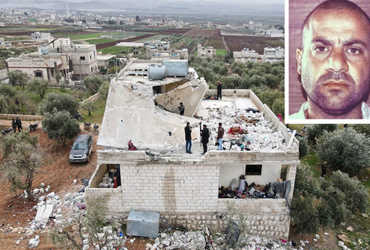 The US Air Force, commandos and Reaper drones carried out a major military operation in Syria on Thursday. Islamic State commander Ibrahim al-Hashmi al-Qureshi was killed. Hashmi blew himself up during the airstrike. A total of 13 people, including women and children, were killed in this attack.

Also known as Abu Ibrahim al-Hashimi al-Kurshi, Abdullah Karadash or Haji Abdullah. He became the leader of the group after the death of former ISIS chief Abu Bakr al-Baghdadi. Abu Bakr al-Baghdadi also blew himself up in a similar operation by the US military in 2019 near the city of Barisha.

This operation was done by the US Army in northwestern Syria. The US military says a car bomb exploded at an Iraqi police recruitment center in Kisak, west of Mosul. The operation was carried out in the same way as the 2011 operation against Osama bin Laden in which Osama was killed.