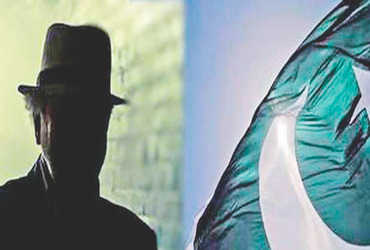 New Delhi,
After developing strategic ties with India, the UAE and Saudi Arabia have completely closed their doors to Pakistan’s notorious ISI agency. In these circumstances, the ISI has started making Turkish capital Ankara an anti-India stronghold.

Apart from the Erdogan government of Turkey, the spy agency NIO is helping in this work. Erdogan, ready to become the new leader of the Muslim world, is giving full air to Pakistan’s aspirations.

Indian security agencies have submitted two detailed reports to the central government in this regard. He also cautioned against the growing polarization between India and Turkey and its widespread internal and external influences. According to a National Security Council report, Pakistan’s spy agency has been developing Ankara as a new anti-India stronghold for the past six to seven years, after curbing activities in Dubai.

The Turkish government has started helping the ISI on some fronts. Earlier ISI had tried to influence people in the country through specialized media houses, educational institutions as well as NGOs, but now it is doing so through Turkey. It also has a role in targeting students going to Turkey for education. A second report prepared by the council also warned of its infiltration into some extremist Islamist organizations with links to Turkey.