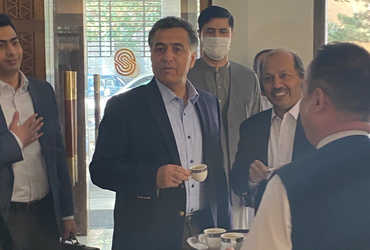 Lt Gen Faiz Hamid, the head of Pakistan’s powerful spy agency ISI, arrived in Kabul on Saturday just ahead of the formation of the new government, amid speculation that the Taliban in Afghanistan has Pakistan’s full support.

A Pakistani delegation led by Lt Gen Hamid, Director General of Pakistan’s spy agency ISI, arrived in Kabul as the Taliban struggle to form an inclusive government acceptable to the international community in Afghanistan. Furthermore, Pakistan is in a hurry to announce its friendship with the Taliban after the Taliban called China its biggest ally. Under which ISI chief Hamid had reached Kabul even before the formation of the government. He is believed to have discussed the formation of the next government with Taliban leaders.

Sources said that ISI chief Hamid will also discuss Pakistan-Afghanistan ties, economy and other issues with Taliban leaders. According to Pakistan’s Geo News, Hamid also met the Pakistani ambassador in Kabul. The former Afghan government has repeatedly accused Pakistan of providing military aid to the Taliban. But Pakistan denied this. However, ISI chief Hamid’s visit on Saturday has exposed the nexus between the Taliban and Pakistan.