IS – US 10 million reward for information capturing Khorasan 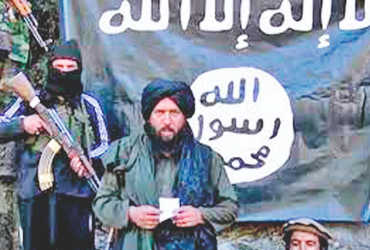 Washington,
The United States has announced a reward totaling up to 10 million rupees for information leading to the capture of ISIS leader Sanaullah Ghafri in Khorasan and others responsible for last year’s terrorist attack on Kabul airport. 185 people were killed in this attack. The US Department of Rewards for Justice (RFJ) issued a statement on Monday.

The US has designated ISIS-K as a foreign terrorist organization. The group has claimed responsibility for the attack on the Kabul airport. A total of 14 people died, including 14 auxiliary members of the American service.

Al-Muhajir was appointed by the top leadership of ISIS in June 2020. He is also known as Sanaullah Ghafri. ISIS said in a statement that al-Muhajir was a veteran military commander and one of ISIS-K’s urban lions. He has been involved in several guerrilla operations, suicide attacks and complex attacks.

The RFJ said a reward of Rs 1 crore has been announced for the head of the terrorist organization.