Is Tunisia following in Egypt’s footsteps in the dispute between religious and secular? 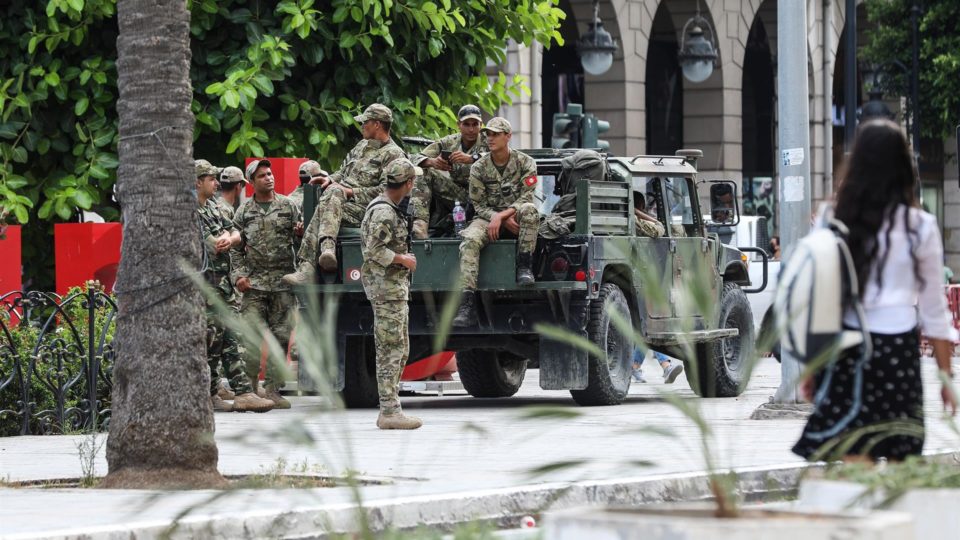 On July 25, the President of Tunisia, Kais Saied, assumed the government of the country, concentrating all executive and legislative power in his figure. To that end, he sacked Prime Minister Hichem Mechichi, suspended parliament, sacked defense and justice ministers, and imposed a curfew at least until August 27.

The trigger for the move, dubbed a coup by sidelined members and backed by the armed forces, was the escalation of a series of protests against the Mechini government’s handling of the pandemic, but deeper questions. are present and merit further examination. to see.

Earlier this year, we discussed here in our space the Jasmine Revolution, the popular process of 2011 that toppled the Ben Ali dictatorship in Tunisia, created a democratic political environment and resulted in a new constitution in 2014. It is seen as the only achievement of the so-called “Arab Spring,” a rather inappropriate term, both then and today.

The new constitution established a semi-presidential government, a consequence of the trauma of the Ben Ali dictatorship. To prevent a politician from concentrating too much power on his face, the executive power would be divided. The president is the head of state, of the armed forces, leads foreign policy and can veto laws.

Vetoed laws go back to parliament, which can override the veto, just like in the Brazilian system, for example. The Prime Minister, leader of the party with the largest magistracy, comes from the unicameral legislature, which forms his cabinet and submits it to the confidence vote of the Chamber.

Normally, to make this “governability” possible, it forms a coalition. Today, the parliament distributes its 217 seats among twenty parties, some with a single representative. There, as here, the authoritarian period was followed by a broad democratic opening, to facilitate the creation of political parties. The two main forces are the Heart of Tunisia, a secular party which identifies itself as the “guardian” of the values ​​of Habib Bourguiba, the first president and modernizer of the country.

Bourguiba, after the revolution of independence in 1956, gradually became a dictator, until his dismissal in 1987. By his head of intelligence, the aforementioned Ben Ali. To make two simplistic analogies, with all the problems that an analogy entails, just to help understand, it is as if it were the Tunisian Centrão with Getúlio Vargas as a historical reference.

On the other side is Ennahda, owner of the largest bench in parliament, with 52 seats. The party, whose name in Portuguese would be Renascença, is religious, conservative in social values ​​and defends greater economic openness in the country. It is important to remember that terms like left, right, progressive, and conservative are terms thought up in a tradition of Western thought, and the application of these terms to other societies is always complicated and imprecise. The party supports, for example, maintaining the definition of same-sex relationships as a crime punishable by imprisonment.

A subtle but interesting difference between the two parties is the fact that the Heart of Tunisia, in its official visual identity, still unites the party name spelled in Arabic with the name spelled in French. Ennahda, in turn, only uses Arabic.

This is not a consequence of a nativist sentiment against the former colonial metropolis, but primarily of the party’s Islamic religious identity. In most currents of Islam, translation is discouraged, with the retention of Arabic names and prayers. With the largest caucus, it was the Renascença that had appointed the sacked prime minister, Hichem Mechichi, and it is this party that is the main voice accusing the president of a coup.

The discussion on the legality of the President’s act goes further. Saied says his action is supported by article 80 of the 2014 constitution, which authorizes the head of state to take “exceptional measures” in situations of “imminent danger to the country”.

The first discussion is therefore whether such an “imminent danger” exists. Tunisia has been involved in protests since the start of the year. The economic crisis caused by the pandemic is raging in the country, with high youth unemployment and corruption a common problem. In proportional numbers, Tunisia is the country with the most deaths by Covid both in Africa and among Arab countries; Truth be told, the top African list is probably South Africa, but the country suffers from underreporting, which reduces the official figures.

One factor that has contributed to the growth of protests has been the violence of police repression, as the security apparatus is still marked by vices inherited from the authoritarian period. So, for some, the situation is one of imminent danger. For the others, no.

Even so, the same Article 80 specifies that the president can only take such “exceptional measures” after consulting the Prime Minister, the head of parliament and the Constitutional Court. None of this happened. In the court’s case, he hasn’t even taken an oath yet.

It is therefore at the very least a concentration of power in the hands of the president, who will govern by decree, without judicial control. He also assumed the powers of the state attorney’s office, breaking the barrier between the executive and the judiciary.

Yet part of Tunisian society and the armed forces support the president’s actions. What explains this? Just the pandemic?

Popular support for Saied comes from his anti-corruption rhetoric, criminal populism, and his election as an independent, without party affiliation. In 2019, he got 18% of the vote in the first round and 72% in the second, but more interestingly, in the presidential elections, 55% of the voters surrendered. Among the conventioneers, theoretically more impactful, only 42%. Support for the armed forces and other institutions, on the other hand, comes from a broader power struggle between lay and religious.

We have already commented here in our space that the last hundred years of Egypt are marked by a clash between laity and religious. In this case, above all, the military on one side and the Muslim Brotherhood on the other.

So what model was the Tunisian Ennahda inspired by, that of the Muslim Brotherhood, which seeks to strengthen “traditional values” and rejects a secular society and “foreign ideologies” such as liberalism and socialism. Ennahda is even accused of using the same tactics as the Muslim Brotherhood, such as infiltrating members of state organizations and assassinating political opponents.

This explains the support of the armed forces for the action of the president, a mirror of the Egyptian situation, where the military consider themselves to be the guardians of a secular republic, vis-à-vis the religious. This is visible in the international response to the crisis.

Countries that classify the Muslim Brotherhood as a terrorist group, such as the Saudis and Russia, have made protocol statements. Countries linked to the group, such as Turkey and Qatar, have condemned the president’s actions. What explains the current Tunisian crisis is therefore the sum of three types of factors.

Some are local and, as we see, a little too familiar to the Brazilian reader, such as corruption, adaptation after an authoritarian period and disenchantment with political parties. Others are global, such as the pandemic and its economic effects.

The third type is a new element of the Tunisian scenario, very present in Egypt and growing in neighboring Algeria: the confrontation between secular political forces and religious political forces, inspired by the Muslim Brotherhood.

This is where the danger lies, both for the internal stability of the country and for democracy. Egypt itself is marked by an almost uninterrupted series of military dictatorships. The importance of preserving the legacy of the 2011 revolution cannot be invoked to justify a break with these democratic advances.