IS-K in the process of establishing Khilafat rule in India 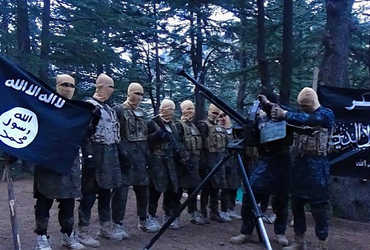 IS Khorasan, which claimed responsibility for Thursday’s suicide attack on Kabul airport in war-torn Afghanistan, is also planning strikes in India. IS-Khoras is accused of plotting to attack Kabul airport on behalf of Pakistan. Meanwhile, sources said that Jaish terrorist Masood Azhar had sought Taliban’s help for the attack in Jammu and Kashmir.

The notorious terrorist group IS-Khorasan or IS-K is on the verge of spreading jihad in Central Asia and India. Amir Mawlawi Aslam Farooqui, the face of ISIS and the leader of ISIS in Pakistan, is considered to be the mastermind of the Kabul attack. This is the same terrorist who attacked a Gurudwara in Kabul, in which eight people were killed. He was arrested by the Afghan Director of National Security on April 4, 2020. During the investigation, he also acknowledged Pakistan’s role in the bombing plot.

Intelligence sources say that IS ideologically wants to establish a Khilafat regime in India. In these, some youths from Kerala and Mumbai have joined IS. This violent group has become the center of attraction among the fundamentalists. Concerned about the group’s recruitment plans, sources said if reverse osmosis starts, there could be many IS cells active in India.

Sources said terrorists of Pakistan-based terror group Jaish-e-Mohammed, notorious for attacks in Jammu and Kashmir, were heading towards Helmand. When Jaish terrorist Masood Azhar went to Kandahar in the third week of August, the Taliban captured Kandahar. Masood Azhar met Taliban leader Mullah Abdul Ghani Baradar and sought his help in carrying out attacks in Jammu and Kashmir.