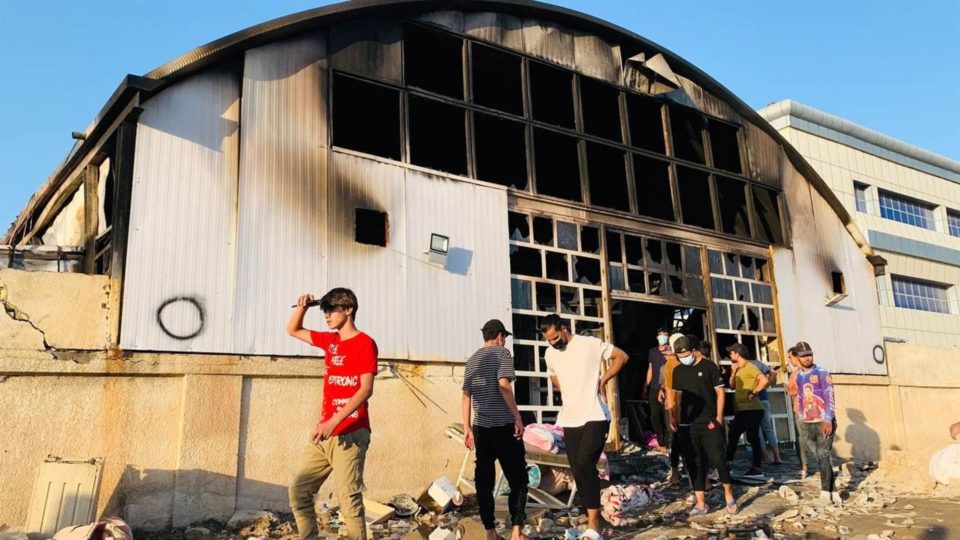 At least 92 people have died in a fire that affected a hospital dedicated to treating Covid-19 patients in the city of Nasiriya in southern Iraq, official sources said.

The health department of Di Qar province announced that “the death toll in the fire at Imam Hussein hospital has risen to 92”, according to the official Iraqi news agency “INA”.

Initial investigations indicate that the fire occurred after an oxygen cylinder exploded at the health center. Several patients died of asphyxiation and other causes, state television “Al Iraqiya” reported.

Local media also reported that the incident was caused by a short circuit in the facility, which lacks fire prevention systems such as smoke detectors.

Structural problems in the administration

Iraqi President Barham Salih said on Twitter that “the disaster at Hussein Hospital in Dhi Qar Province and previously at Ibn al Khatib Hospital in Baghdad is the result of corruption and mismanagement which underestimate the lives of Iraqis and hamper the functioning of institutions “.

In a statement, Iraqi Prime Minister Mustafa al Kadhimi said the tragedy showed a “structural flaw” in the country’s administrative system, as “there is no tracking or diagnosis of errors while citizens become victims”.

Iraqi authorities have opened an investigation and a court in Dhi Qar province has issued arrest warrants against 13 officials from the provincial health department, including its director, according to “INA”.