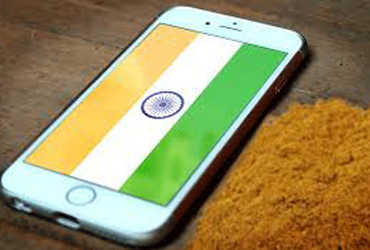 New Delhi: iPhone maker Apple reported record earnings of ₹81,81.4 billion in the Indian and Latin American markets at the end of the June quarter. CEO Tim Cook said that this is a new record. The company had sales of 59.59.6 billion at the end of the quarter ended June 2020. Thus, the company’s revenue has grown by 36 per cent over the same period last year. The company’s net income stood at .7 21.7 billion for the quarter ended June 2021, as against .2 11.2 billion at the end of June 2020 in the same period last year.

Cook said, “This quarter has been a great one for us. We have seen strong growth in emerging markets such as Latin America and Vietnam, including India. We have seen double digit growth in these markets.

The contribution of the United States is .8 35.8 billion, Europe contributes 18.9 billion, China contributes .7 14.7 billion, Japan contributes 4 6.4 billion and Asia Pacific is 3 5.3 billion. The company earned 39,39.5 billion in total net sales from iPhone sales. This is followed by Mac, iPad, Wearables and Home Products and Services.

In the premium smartphone market, the company mainly competes with Samsung and One Plus. The company’s growth figures have also attracted the attention of research firms such as Counterpoint. According to Counterpoint, Apple ranks sixth in exports to India between October and December 2020. The company has registered 171 percent quarterly growth and 93 percent annual growth in India during this period. The company has already shown interest in setting up its online as well as offline retail store in India.