IOC President says he made a video call with Peng Shuai 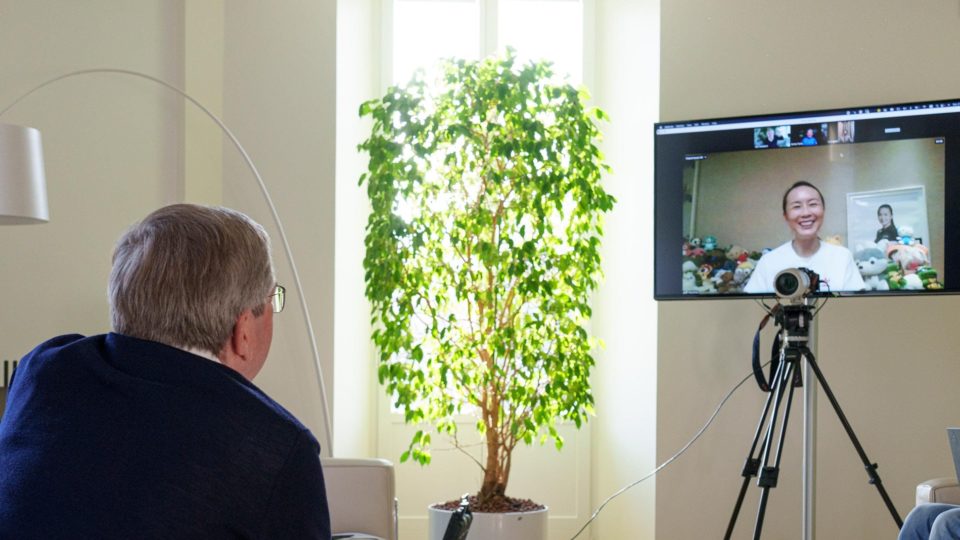 According to the IOC, Peng Shuai Thanked for Concerns About Her Well-Being and Affirmed She Was Safe, Well, and Living in Beijing | Photo: Greg Martin / Disclosure / COI

The President of the International Olympic Committee (IOC), Thomas Bach, announced this Sunday (21) that he had made a video call with the Chinese tennis player Peng Shuai, whose lack of information on his whereabouts has generated a mobilization campaign on social networks recently. days.

According to an IOC statement, IOC Athletes’ Commission President Emma Terho and IOC China Representative Li Lingwei also participated in the conversation. According to the report, during the 30-minute call, Peng Shuai expressed appreciation for her welfare concerns, claimed that she was safe, well, and lived in Beijing, but wished that his privacy is respected for the moment.

“I was relieved to see that Peng Shuai was fine, that was our main concern. She looked relaxed. I offered her our support and to make contact at any time that suited her, for which she obviously thanked her, ”said Emma Terho.

Athletes around the world have been using the #WhereIsPengShuai hashtag on Twitter in recent days. They claimed that 35-year-old Peng Shuai had not known his whereabouts since he published a text earlier this month accusing Zhang Gaoli, the country’s former deputy prime minister and former senior member of the Party. Chinese Communist, sexual assault.

After the hashtag was used in several Twitter posts, Chinese state media group CGTN published an alleged letter from Peng to the Women’s Tennis Association (WTA), which raised suspicion. In the letter, Peng Shuai said he was fine and even denied the allegations of sexual assault. Shortly after, Steve Simon, CEO of the WTA, issued a statement in which he questioned the veracity of CGTN’s post.

Chinese state media also released footage of Peng Shuai over the weekend in an attempt to show that she would be fine, but the WTA also found that the tapes do not prove Peng is safe. According to the BBC, experts have expressed doubts about a possible video editing and posture deemed artificial, a sign that if the recordings are recent, Peng would be forced to act as if he was fine.

In February, Beijing will host the Winter Olympics, an event which, like the Summer Olympics, is hosted by the IOC. US President Joe Biden said last week he was considering a US diplomatic boycott of the Games due to human rights violations in China.